Los Angeles, CA.  – Up to three hours after a person experiences the first symptom of a stroke is often referred to as the “golden window.” That’s the period of time doctors say is crucial for patients to get to a hospital to receive medical care in order to restore blood flow to the brain and minimize or reverse damage.

But a new national survey by Ronald Reagan UCLA Medical Center shows that younger patients, those under the age of 45, may underestimate the urgency of stroke symptoms and most say they would likely delay going to the hospital for help.

“Timely treatment for stroke is probably more important than for almost any other medical problem there is,” said David Liebeskind, MD, professor of neurology, Director of Outpatient Stroke and Neurovascular Programs and Director of the Neurovascular Imaging Research Core at Ronald Reagan UCLA Medical Center. “There is a very limited window in which to start treatment because the brain is very sensitive to a lack of blood flow or to bleeding, and the longer patients wait, the more devastating the consequences.”

Researchers asked more than a thousand people nationwide what they would be likely to do within the first three hours of experiencing weakness, numbness, difficulty speaking or difficulty seeing, all common symptoms of a stroke. Among those under age 45, only about one out of three said they would be very likely to go to the hospital. A staggering 73 percent said they would likely wait to see if their symptoms improved.

“That’s a real problem,” said Liebeskind. “We need to educate younger people about the symptoms of stroke and convince them of the urgency of the situation, because the numbers are going up.”

In fact, since the mid-1990’s, the number of young adults between 18-45 discharged from U.S. hospitals after suffering a stroke has jumped as much as 53 percent. It’s estimated someone has a stroke about every 40 seconds in the U.S., totaling nearly 800,000 new stroke patients a year.

In 2007, Jennifer Reilly was one of them. “I woke up in the middle of the night with an excruciating headache,” said Reilly. “I was 27 years old, pretty active, pretty healthy and was not prone to headaches. I thought it was a really odd thing that happened.”

After arriving at work that day, Reilly shared her story with a co-worker who insisted she go to the hospital immediately. Reilly eventually ended up at Ronald Reagan UCLA Medical Center where Liebeskind told her she’d had a stroke. “I was really skeptical,” said Reilly. “I didn’t have any of what I thought were the classic symptoms of a stroke, nor did I fit the classic description of a stroke patient. I was 27 and healthy.”

Reilly says weeks before the headache, she would also experience numbness periodically in one of her hands. “Half ofmy left hand would turn numb, from just one second to the next,” she said, “but, once again, I brushed it off as if it was nothing.”

Tests showed Reilly’s stroke was caused by a rare condition called moyamoya that slowly causes certain blood vessels in the brain to narrow over time. Most patients, about 85 percent, suffer what are known as ischemic stroke, during which arteries in the brain become blocked, cutting off oxygen.

Ischemic stroke can happen to anyone at any age, and is often associated with high blood pressure, diabetes, smoking and obesity. “The good news is, there are steps we can take to lower our risk of stroke,” said Liebeskind. A healthy diet and regular exercise, as well as not smoking and limiting alcohol consumption, have all been shown to lower your risk of stroke.

Just as important as knowing what puts you at a higher risk for stroke, is knowing the symptoms when you see them. Doctors urge you to know the signs of stroke and act “FAST.”

If you or someone near you experiences:

“Believe it or not, it’s on the order of minutes or hours when somebody has to seek medical attention,” said Liebeskind. “There simply is no time to wait. It’s a message that we clearly need to get to younger people more effectively.” 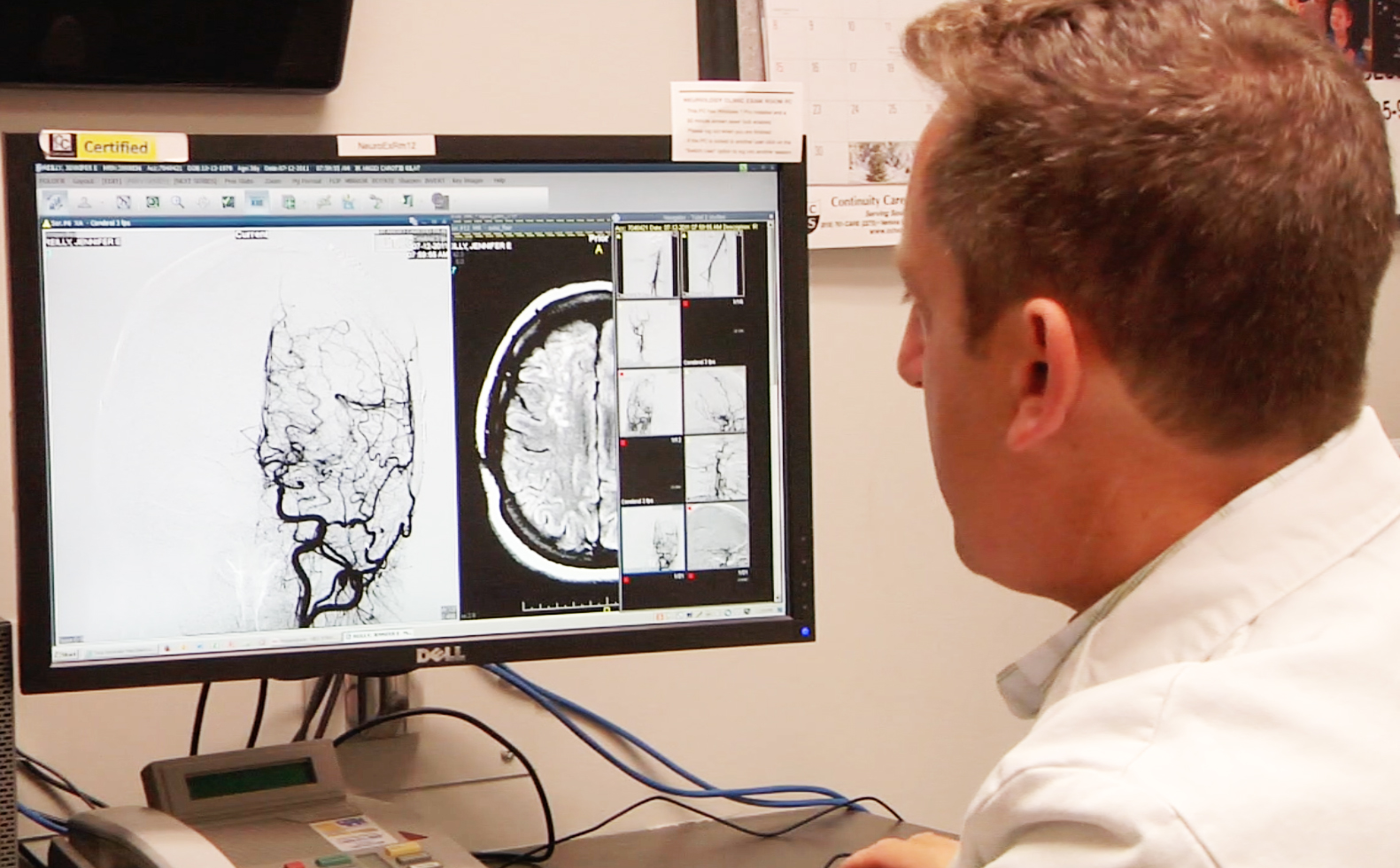 David Liebeskind, MD, professor of neurology, Director of Outpatient Stroke and Neurovascular Programs and Director of the Neurovascular Imaging Research Core at Ronald Reagan UCLA Medical Center, says the number of strokes in younger patients is on the rise, but their awareness of the urgency for treatment is lagging. 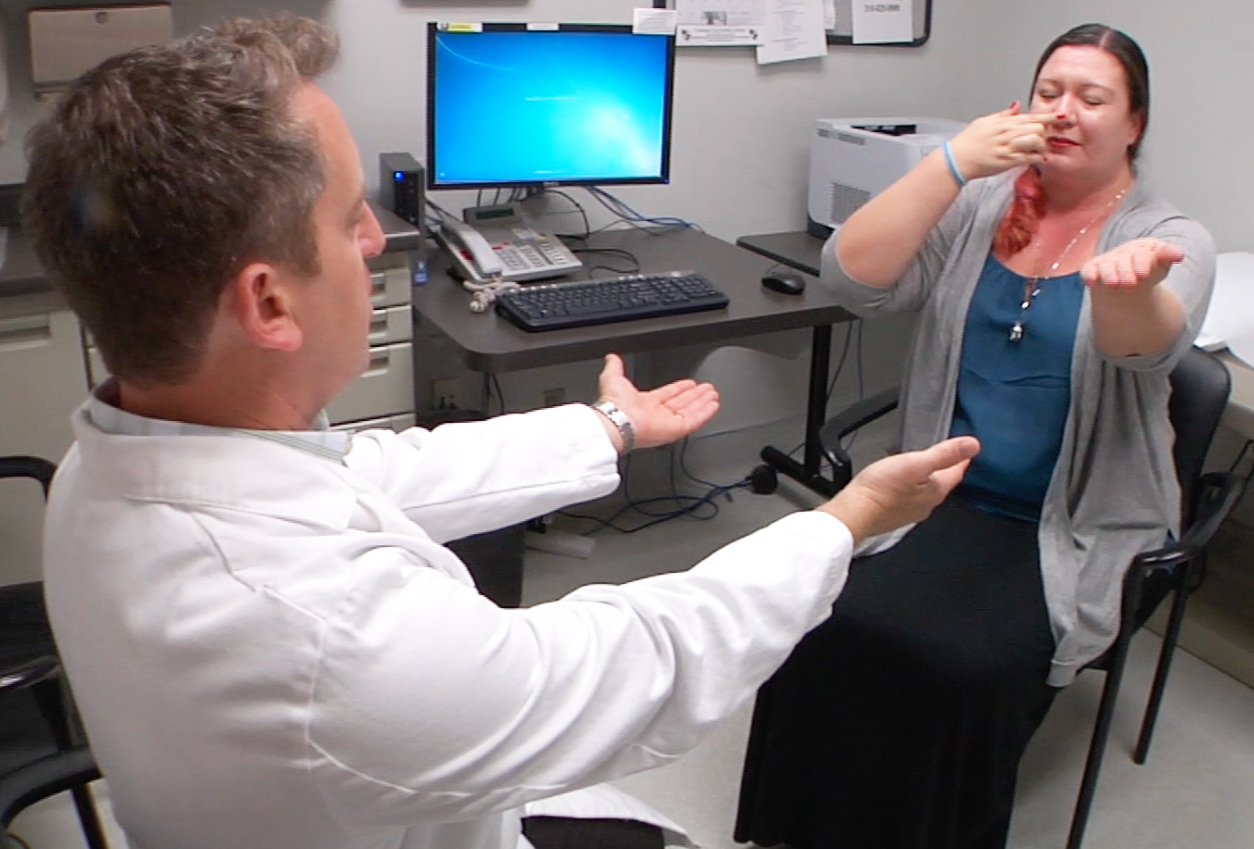 Dr. David Liebeskind examines Jennifer Reilly at Ronald Reagan UCLA Medical Center. Reilly had a stroke at age 27, one of a growing number of patients under the age of 45 in the United States to suffer a stroke. 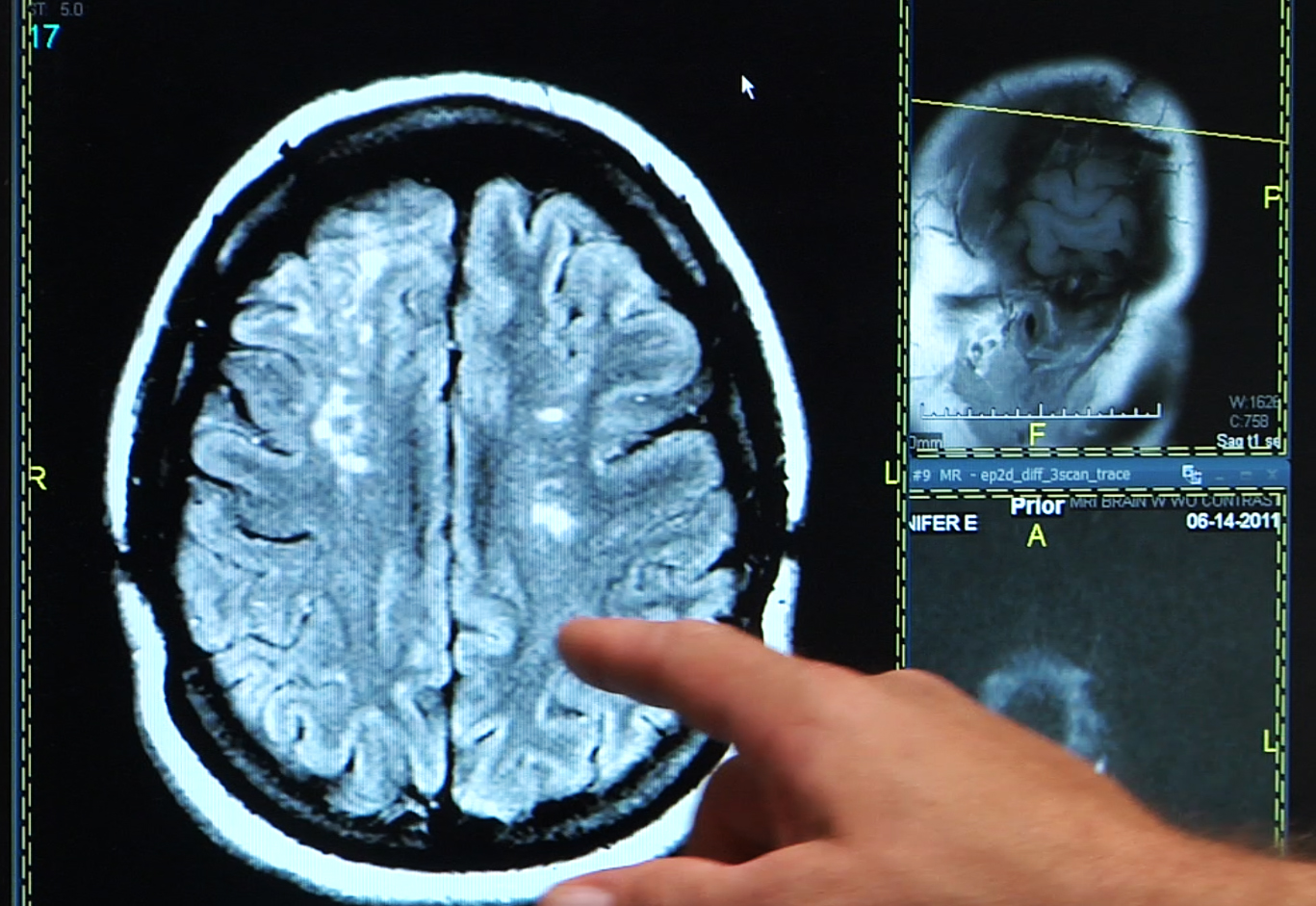 In a new survey by Ronald Reagan UCLA Medical Center, people under the age of 45 were asked what they would do in the first 3 hours of experiencing symptoms of a stroke. A staggering 73% said they would put off going to the hospital and would instead likely wait to see if they felt better. 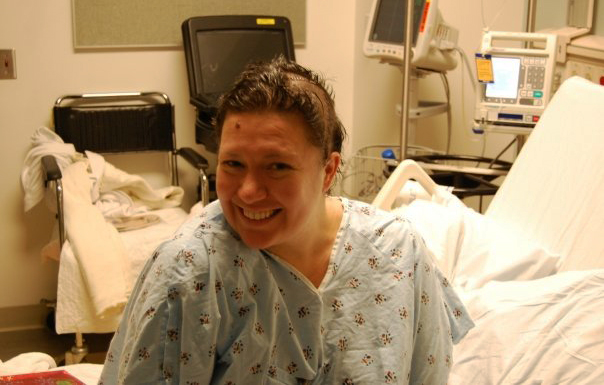 Jennifer Reilly, now 35, was rushed into surgery at 27 when she found out a sharp headache was actually a symptoms of a stroke. 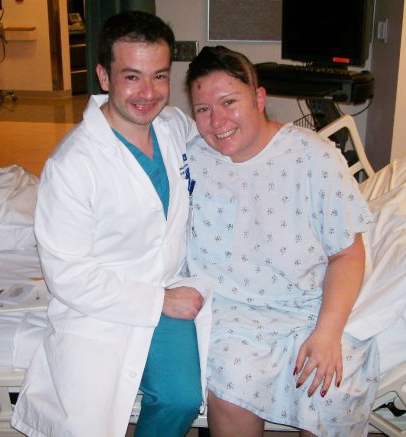 Nestor Gonzalez, MD, FAHA, a neurosurgeon at Ronald Reagan UCLA Medical Center, poses with Jennifer Reilly, 27, after he successfully repaired damage in her brain caused by a stroke. 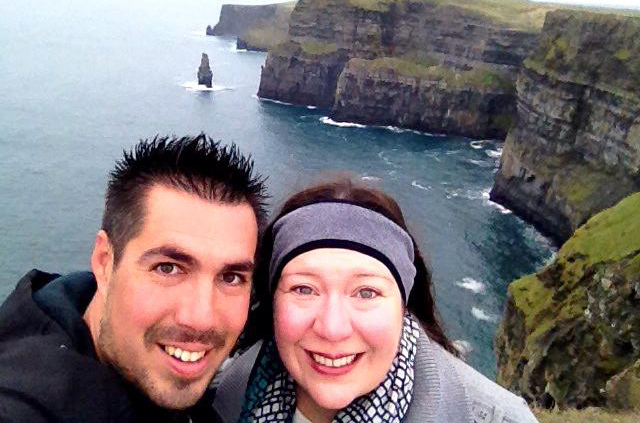 Jennifer Reilly, 35, and her husband vacationing in Ireland after she survived a stroke at the age of 27.