(LOS ANGELES, California) – Parents love to hear the sound of their child laughing, but for one family, it turned out to be a sign of something serious.

“Our son has always been happy and seemed to giggle whenever he was tired, so we just thought it was his body’s way of letting him know it was time to go to sleep,” said Robert Cho of his 9-year old son, Justin. “We had no idea it could be something so serious.”

Those giggling spells were actually seizures caused by an extremely rare condition known as gelastic epilepsy. Tests showed that Justin had a benign mass or lesion deep inside his brain known as a hypothalamic hamartoma.

Left inside the brain, the abnormal tissue can cause dangerous seizures, premature puberty, cognitive impairment and severe behavior problems.

“These types of lesions simply don’t respond to medication, so surgery is the only way to cure the seizures,” said Aria Fallah, MD, a pediatric neurosurgeon at UCLA Mattel Children’s Hospital. “Unfortunately, the lesions are located in a very difficult area that’s not only hard to access, but surrounded by critical nerves, arteries, veins and neurological tissue, crucial for everyday life.”

Typically, these cases require open-brain surgery, during which surgeons remove a large piece of the skull and painstakingly cut the brain open to reach the lesion.

But Fallah and his team take a minimally invasive approach. Using sophisticated, GPS-like mapping of the brain, they pinpoint the precise area they need to access, then make a small, two-millimeter incision in the patient’s skull.

“We then feed a tiny optic laser through the brain, into the mass or lesion and essentially cook it,” said Fallah. “We use thermal energy to heat the lesion from the inside, and that cures the seizures.”

Instead of spending days in the hospital and months recovering, patients go home the next day and quickly resume normal activities, symptom free. 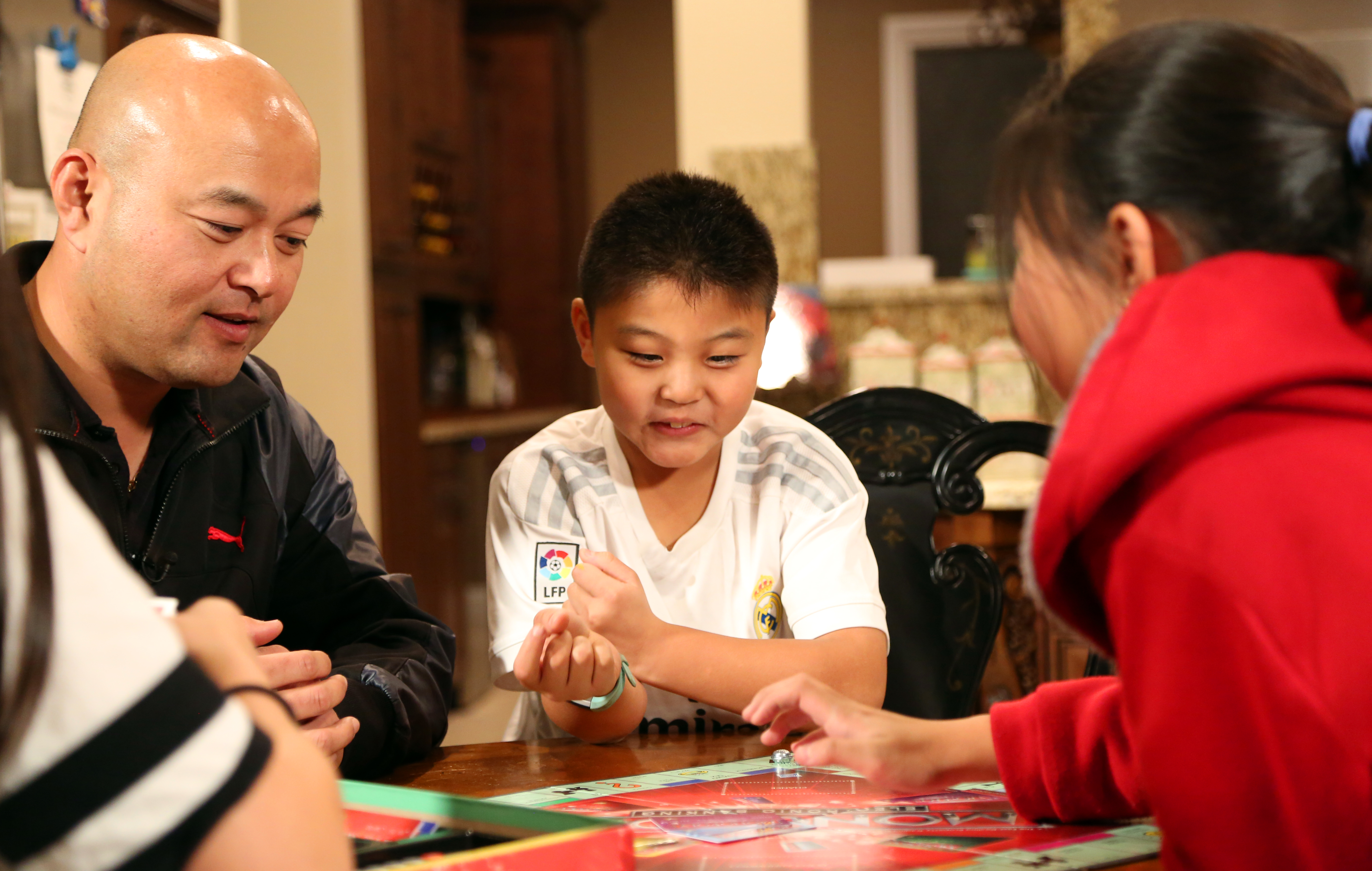 Justin Cho, 9, plays a board game with his family at their home in Rancho Palos Verdes, CA. Cho frequently had giggling fits that were actually seizures from gelastic epilepsy caused by a benign mass, or lesion, deep in his brain. 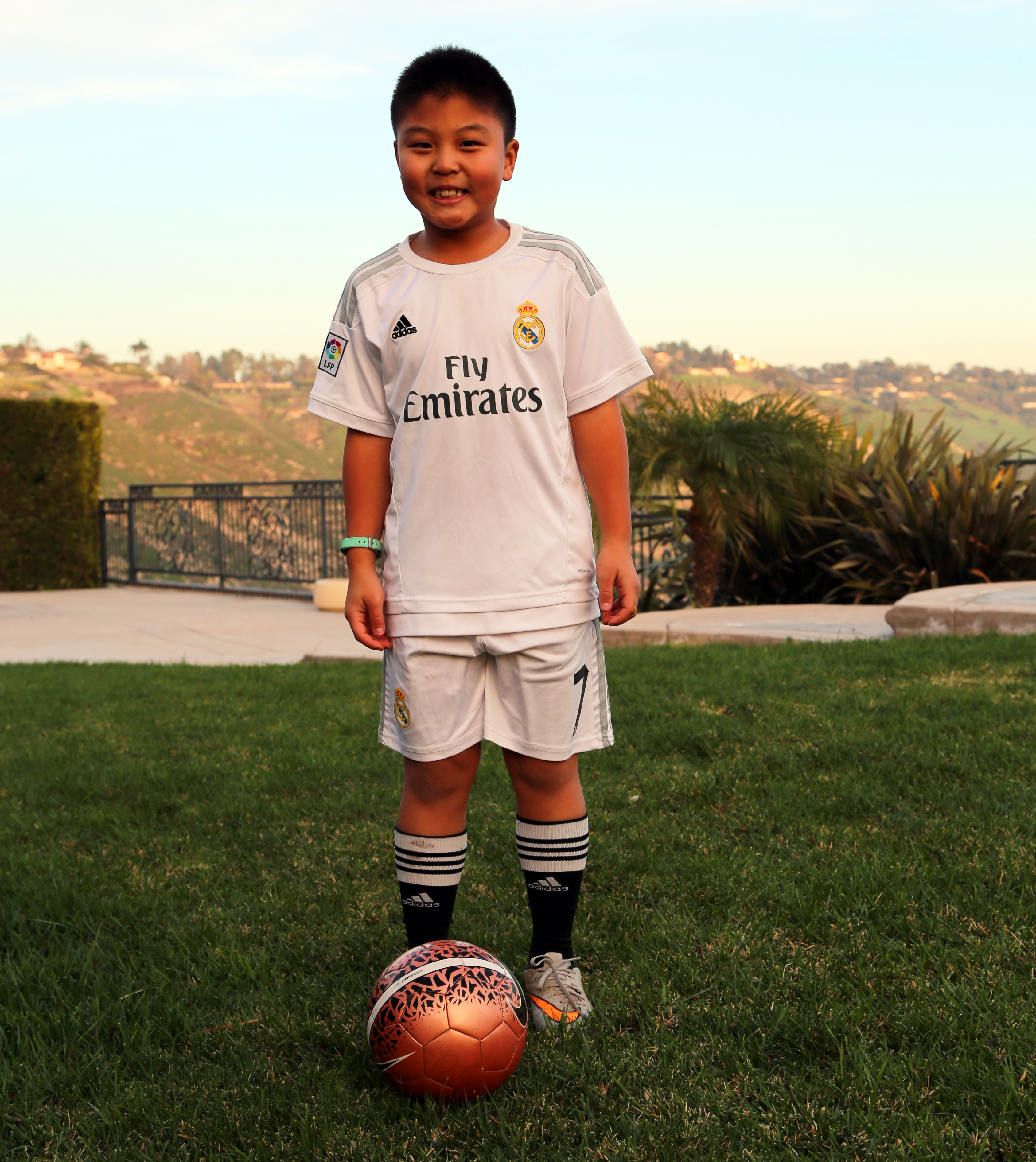 Justin Cho, 9, underwent a surgical procedure to cure him of “giggling epilepsy.” For years, Cho experienced giggling fits that were actually gelastic seizures caused by a benign mass in his brain called a hypothalamic hamartoma. 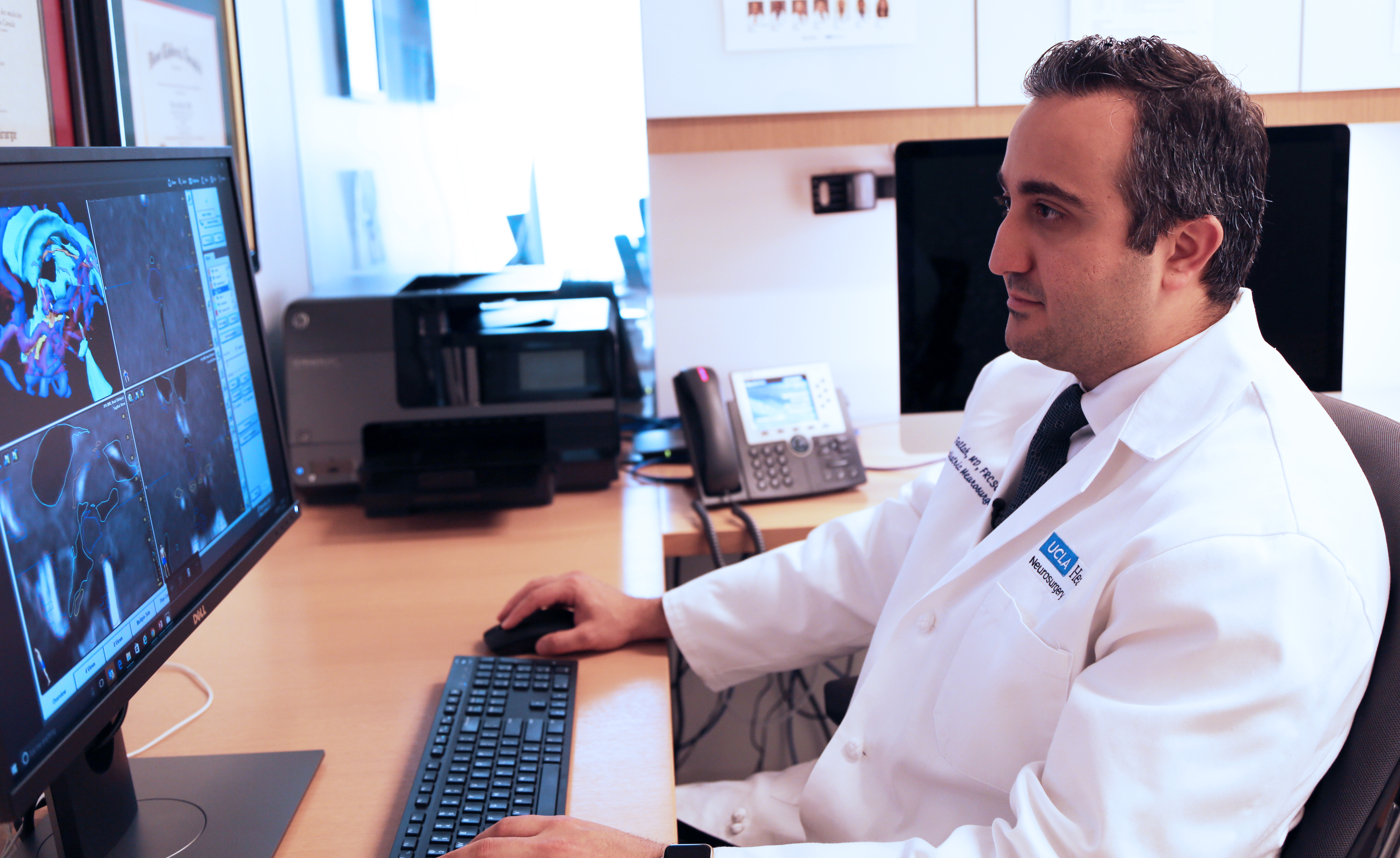 Dr. Aria Fallah looks at images of a brain scan at UCLA Mattel Children’s Hospital. Fallah uses an optical laser to obliterate masses, or lesions, deep inside the brains of children to cure “giggling epilepsy,” a condition that causes seizures to manifest as fits of laughter. 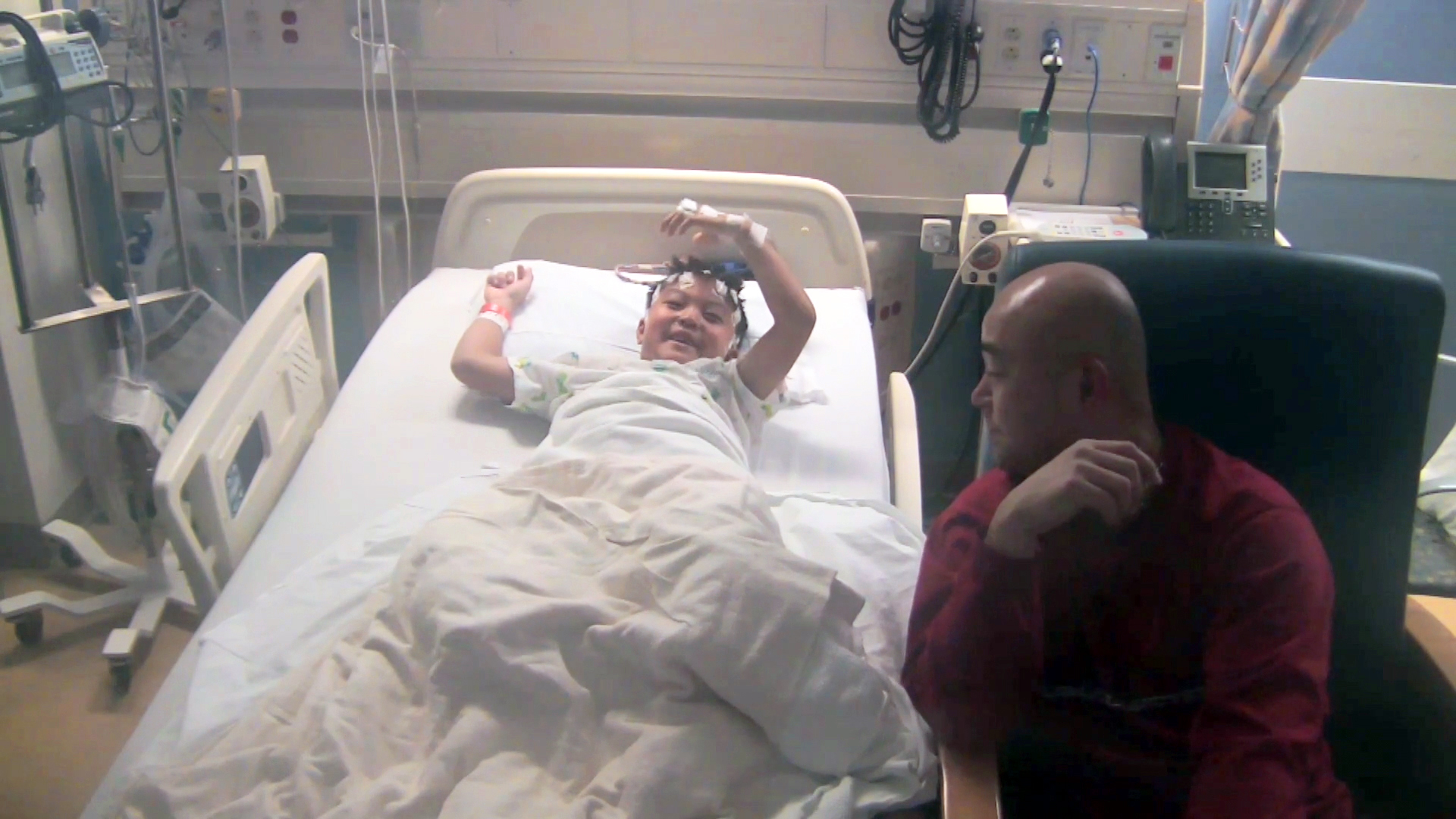 This image, taken from a hospital camera, shows Justin Cho, 8, giggling while undergoing sleep testing at UCLA Mattel Children’s Hospital. Cho was being tested for seizures from gelastic epilepsy caused by a benign lesion deep inside his brain. 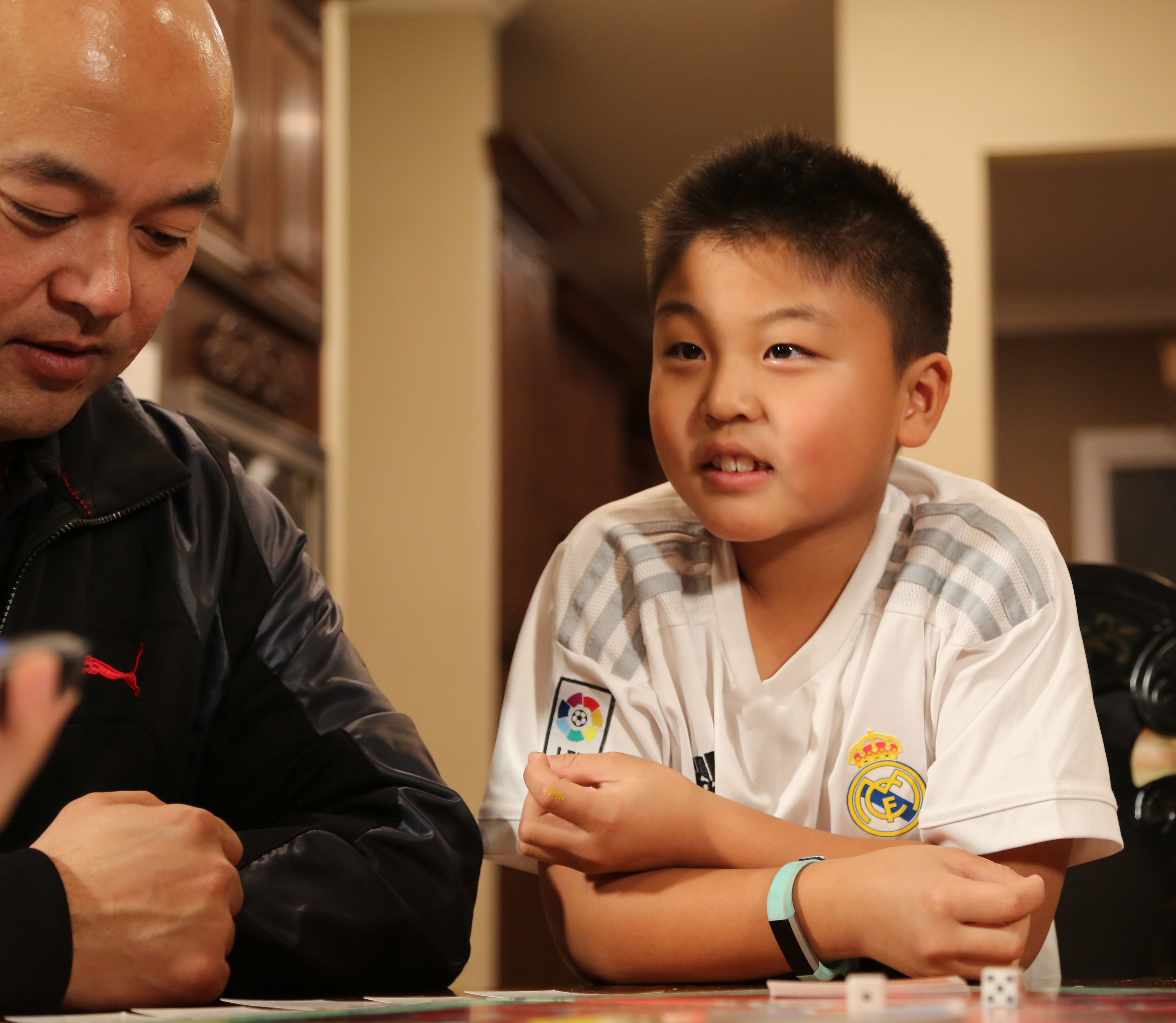 Justin Cho, 9, recently underwent a surgical procedure to cure him of “giggling epilepsy.” For years, he experienced giggling fits that turned out to be seizures from gelastic epilepsy caused by a benign mass deep in his brain. Doctors at UCLA successfully neutralized the mass, curing Cho of his epilepsy.