Los Angeles – In 1967, Ted and Denice Lombard made history, becoming one of the first father-daughter duos to undergo successful kidney transplant surgery in the United States. Today, they’re both thriving, and on the 50th anniversary of their transplant, they’re urging more people to consider becoming organ donors.

“I am so very thankful to my dad for giving me the gift of life, not once, but twice,” said Denice, 62, who lives near Washington, D.C. “If you want living proof that kidney donors and their recipients can go on to lead full, happy, healthy lives, just look at us.”

When the Lombards went through the transplant process at UCLA, the procedure was widely considered experimental and risky, especially for children.

“Only about half of the transplanted kidneys were viable after a year, meaning doctors were reluctant to approve the surgery for children,” said Albin Gritsch, MD, surgical director of the kidney transplant program at UCLA.

“It was a big gamble,” said Gritsch, who was not involved in Denice’s care at the time. “Denice’s transplant was very brave and pioneering, especially considering she was only 13 years old.”

Denice had a twin sister, Diane, who had died at age 7 of kidney failure. Both girls suffered from the same genetic disorder that slowly weakened their kidneys. As Denice grew older, her kidneys began to deteriorate, as had her sister’s earlier, putting her life at risk. Desperate to save their daughter’s life, the Lombards fought for some way to rescue Denice from kidney failure.

“I just kept knocking on doors, trying to find someone, anyone, who would help,” said Anne, Denice’s mother. Kidney dialysis was one option, but the procedure was still uncommon, dialysis machines were scarce and certain patients were given priority.

“I was told males, who were the heads of households, who had jobs they could return to, were the only ones allowed to have dialysis.” So, the Lombards went to UCLA to ask doctors there to consider a transplant, an experimental procedure at the time. Denice’s father, Ted, would act as the donor.

“I lost one daughter and didn’t want to lose another,” said Ted Lombard.

Doctors at UCLA saw the potential of this procedure – and the then-new field of transplant surgery – and performed the transplant. Today, the UCLA Kidney and Pancreas Transplant Program is one of the nation’s largest and most well-known transplant programs, and it recently held a reception to honor the Lombard family’s persistence and courage.

“That was really the start of our program,” said Gabriel Danovitch, MD, medical director of the kidney and pancreas transplant program at UCLA. “Back then, Denice was our one and only kidney transplant patient, today we average nearly a transplant a day. We’ve come a long way and we owe them a debt of gratitude.”

News Package With Titles No Music 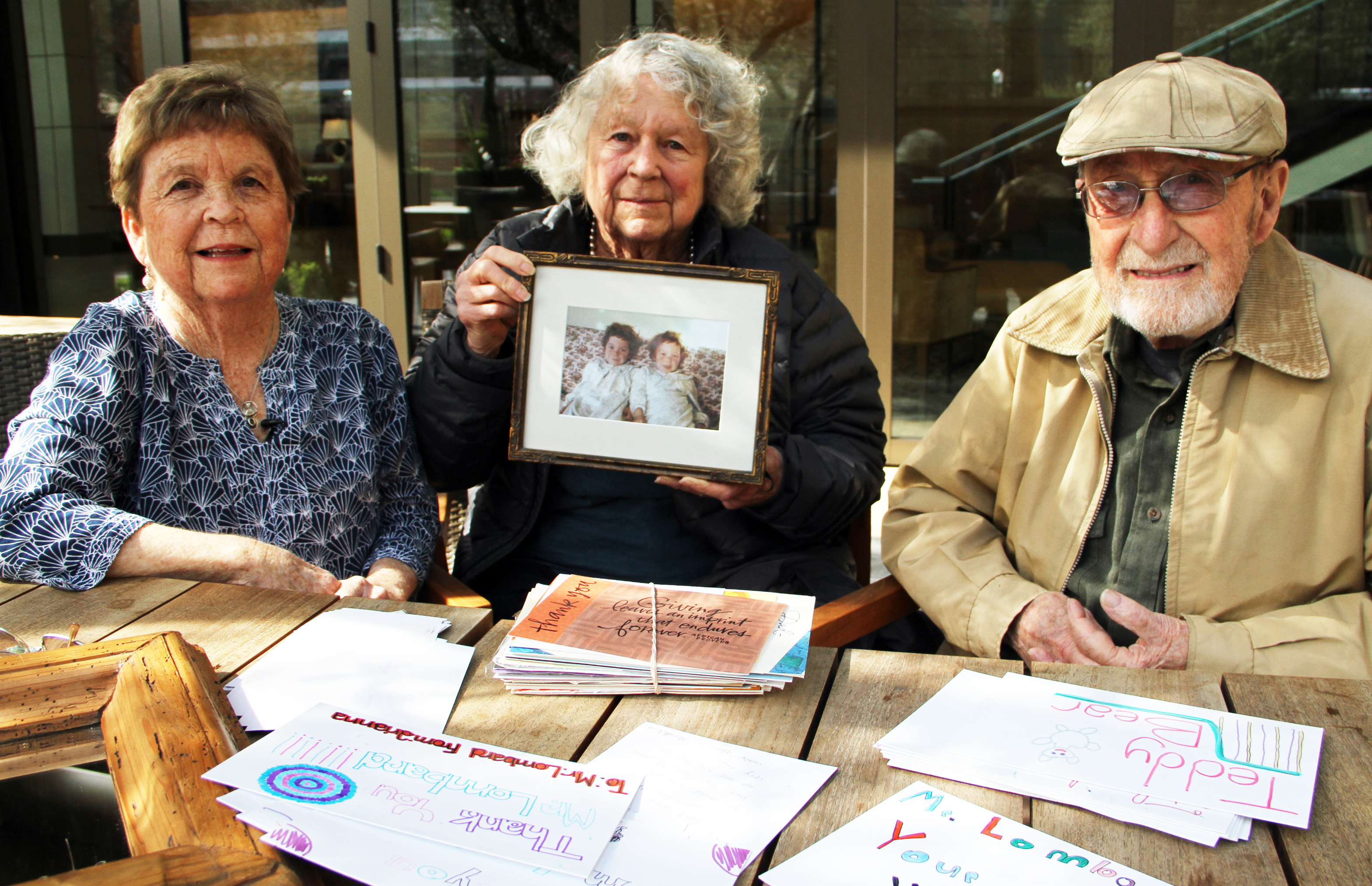 Denice, Anne and Ted Lombard look through memorabilia at UCLA Medical Center. After Denice’s twin sister, Diane, died of kidney failure at the age of seven, Ted donated a kidney to Denice in 1967. Fifty years later, they are believed to be one of the oldest kidney donor-recipient pair alive. 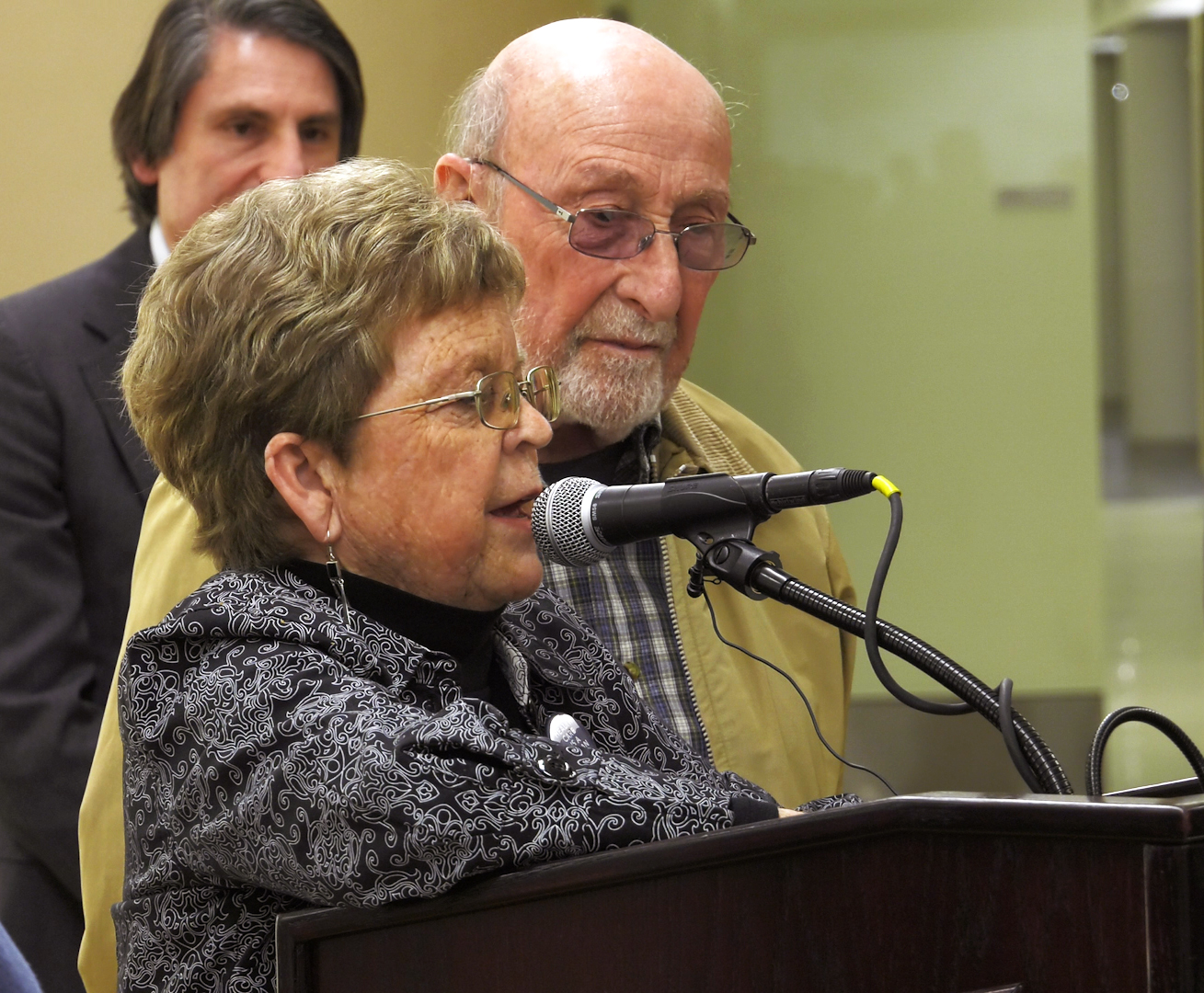 Denice Lombard addresses a crowd with her father, Ted, looking on during a recent reception at UCLA’s Connie Frank Kidney Transplant Center. In 1967, Ted donated a kidney to Denice, who was 13 at the time. Fifty years later, both are still thriving and are believed to be one of the oldest living kidney donor-recipient pairs. 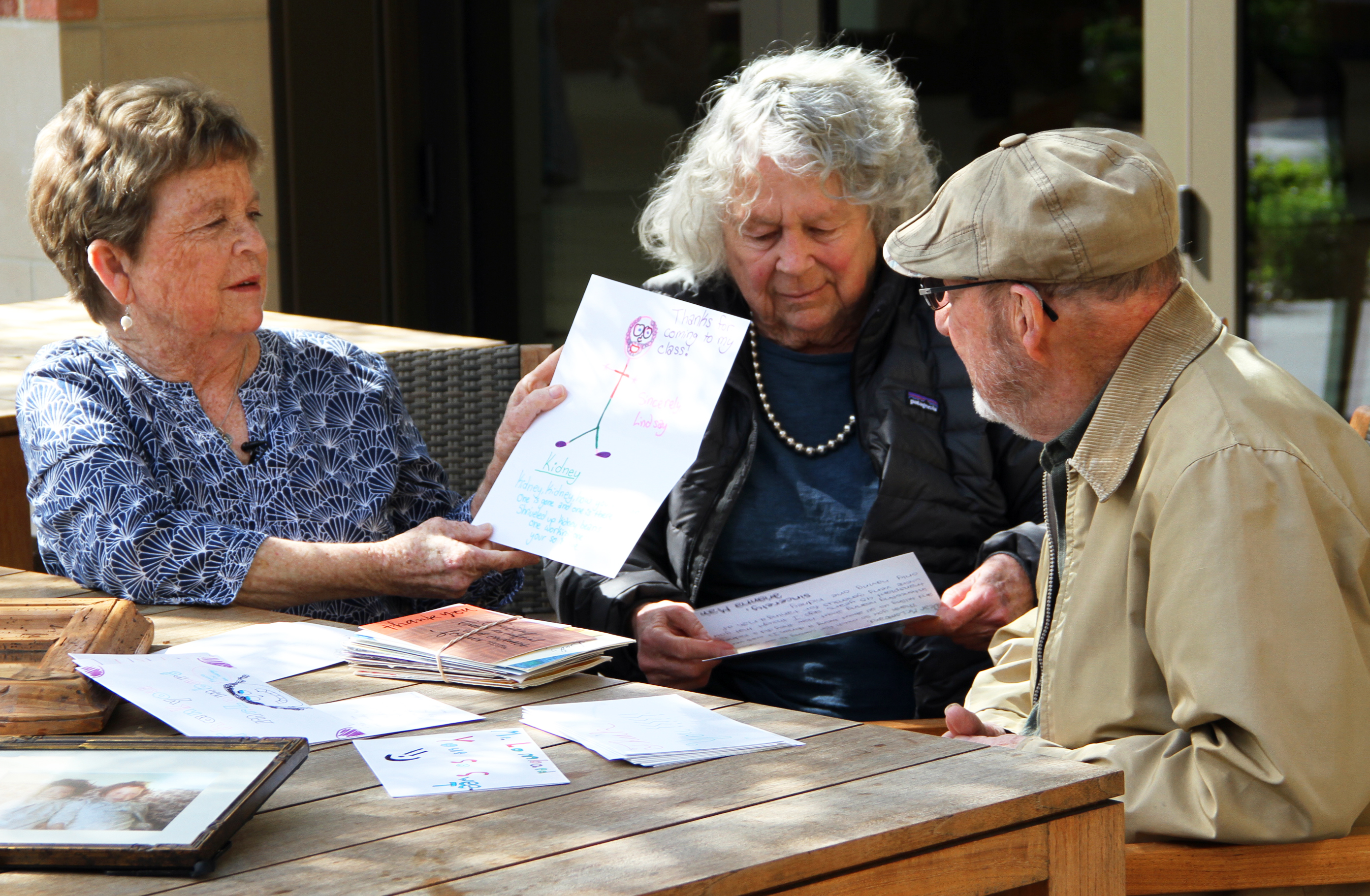 Denice, Anne and Ted Lombard look at photos and cards they’ve collected over the years after groundbreaking transplant surgery in 1967. Ted donated a kidney to Denice when she was 13, making her one of the first children to survive a kidney transplant from a parent in the U.S. Today, 50 years later, both continue to thrive. 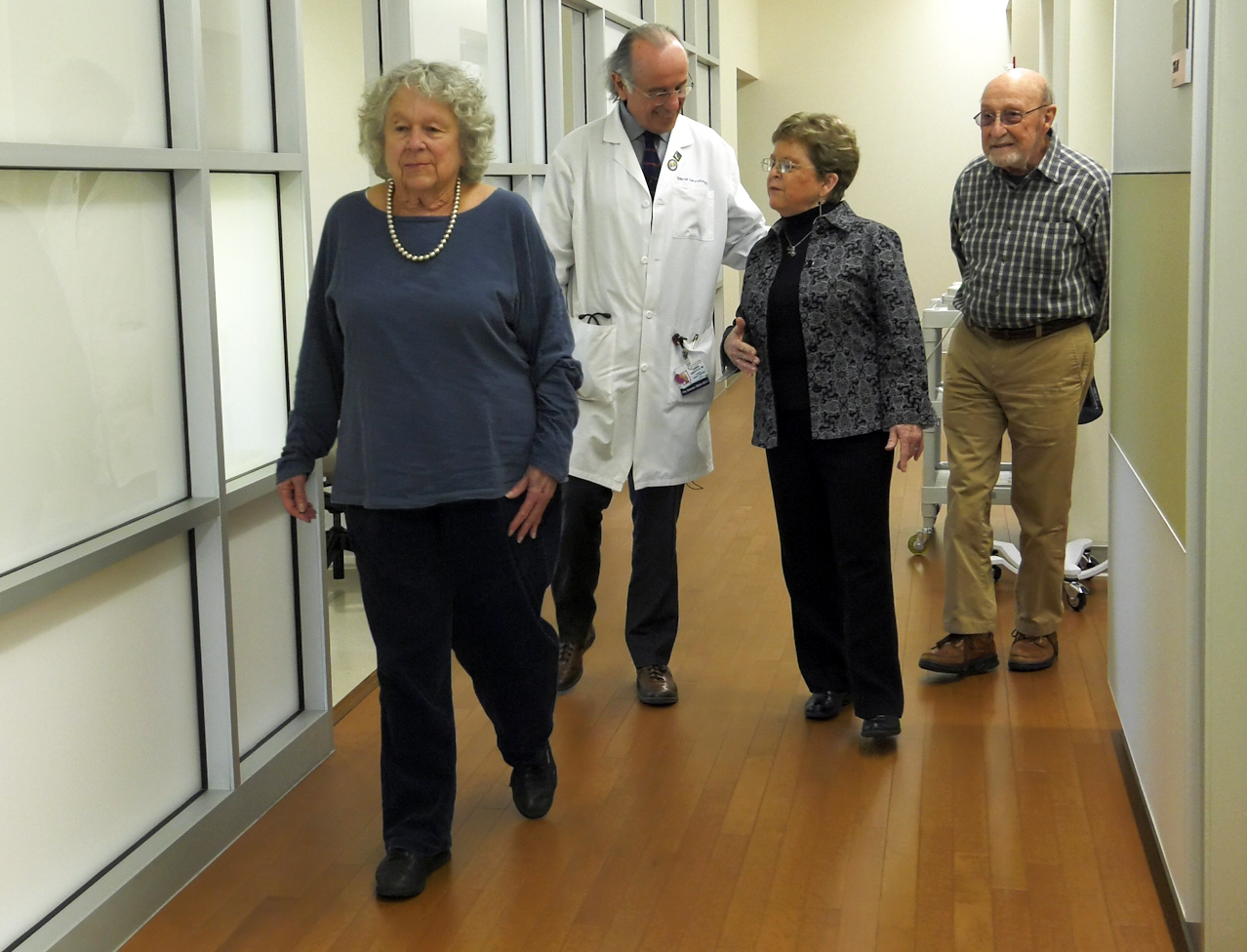 Gabriel Danovitch, MD, gives a tour of UCLA’s Connie Frank Kidney Transplant Center to Anne, Denice and Ted Lombard. In 1967, Ted donated a kidney to Denice, who was 13 at the time, in a groundbreaking transplant surgery for children. Fifty years later, both Ted, 88, and Denice, 62, are still going strong.