Los Angeles – As the number of people suffering from depression rises, doctors are looking for new, more targeted ways to treat it.

Worldwide, cases of major depression have jumped 18 percent over the last decade and, in the U.S., major depressive episodes affect more than 16 million people a year. In this country alone, people spend billions annually on antidepressants to treat it.

The problem is, as the National Institutes of Health estimates, the first antidepressant that a doctor prescribes only helps the patient about 50% of the time.

“We need more options for these patients, especially since the number of those affected continues to climb,” said Andrew Leuchter, MD, a senior research scientist at the Semel Institute for Neuroscience and Human Behavior and director of the neuromodulation division.

One approach used by doctors at UCLA and a handful of other centers nationwide is to beam magnetic pulses deep into patients’ brains, a therapy known as transcranial magnetic stimulation (TMS). The therapy works in a fundamentally different way from medications, which is what makes it so promising for people not helped by drugs.

“We are used to thinking of the brain as a chemical organ, but it’s also an electrical organ,” said Leuchter. “So, instead of giving patients medications that affect their entire bodies with chemicals, this approach uses magnetic pulses to change the function of the brain and treat depression at its roots.”

The non-invasive therapy is underutilized, however, especially when one considers the number of people not helped by traditional therapy.

Psychiatrists liken TMS to “rewiring” a computer. “We are actually changing how the brain circuits are arranged, how they talk to each other,” said Ian Cook, MD, director of the UCLA Depression Research and Clinic Program.

“The brain is an amazingly changeable organ, and we hope this technology will have use, not just in depression, but for other conditions as well.”

Though TMS is currently approved by the FDA only for the treatment of depression, doctors say it may hold promise for treating a wide variety of conditions. In the past, the treatment has been quite time-consuming, but FDA-approved devices could make the treatment much faster and, thus, more available.

“We’re hoping it can prove effective for patients with conditions like post-traumatic stress disorder, chronic pain and even Parkinson’s disease or schizophrenia,” said Leuchter. “We’re just now beginning to understand the potential of this treatment.” 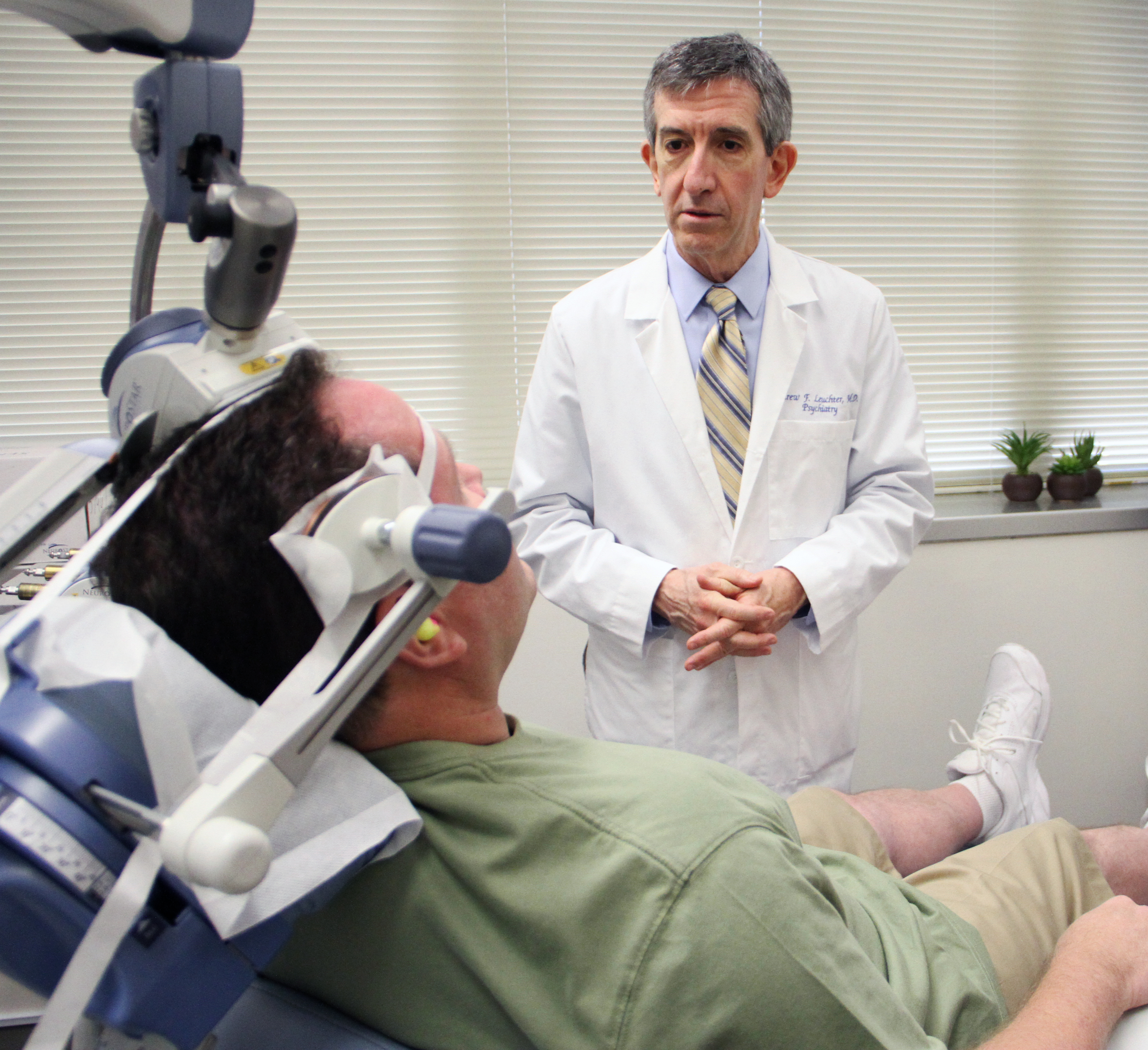 Dr. Andrew Leuchter talks with a patient who is about to undergo transcranial magnetic stimulation (TMS) at the Semel Institute for Neuroscience and Human Behavior at UCLA. TMS treats depression by sending magnetic pulses to a specific area of the brain. 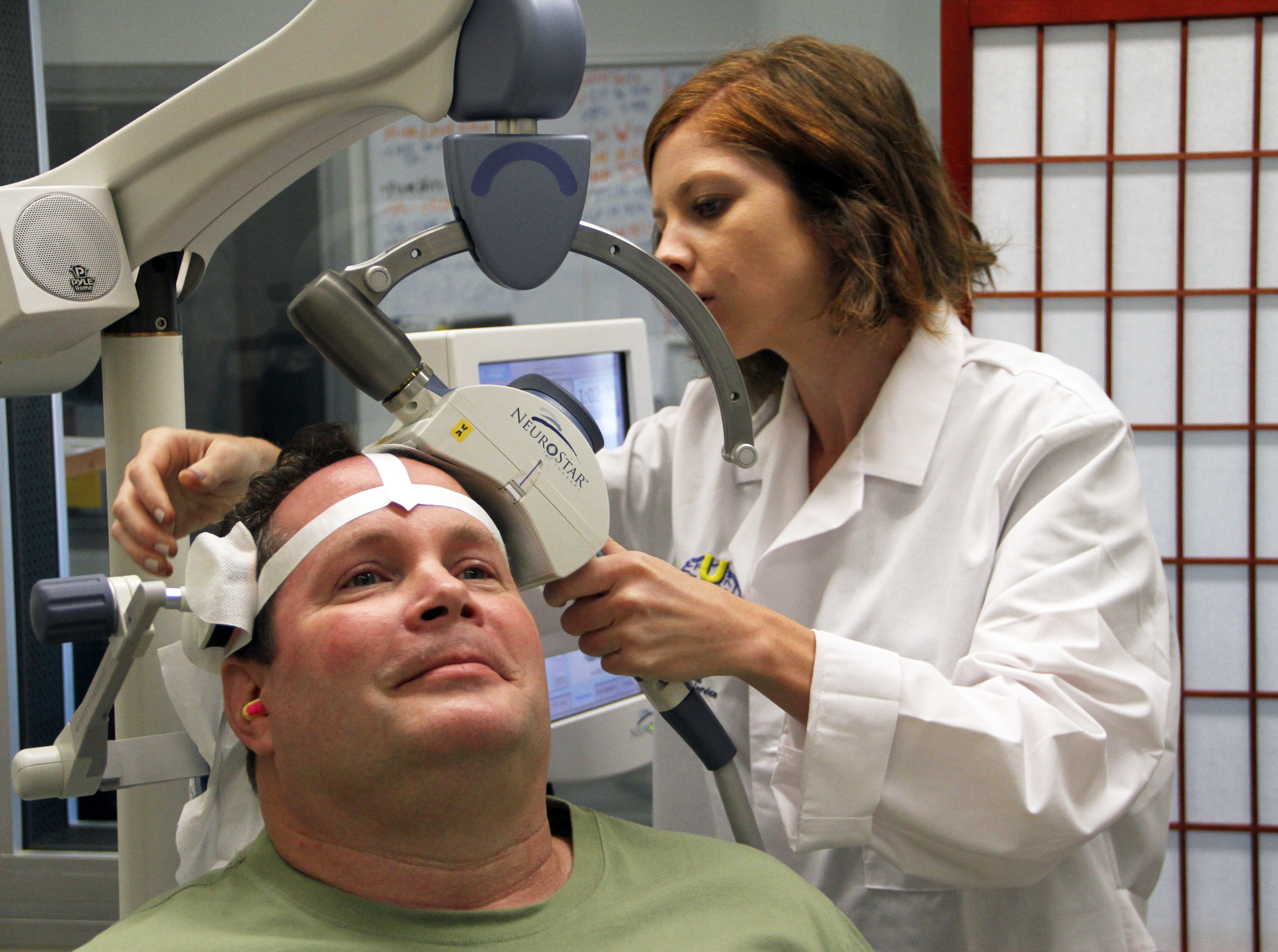 A technician calibrates a transcranial magnetic stimulation (TMS) machine during a therapy session at the Semel Institute for Neuroscience and Human Behavior at UCLA. Bob Holmes, of Los Angeles, says TMS has worked to lessen his symptoms of depression, something medication was unable to do consistently. 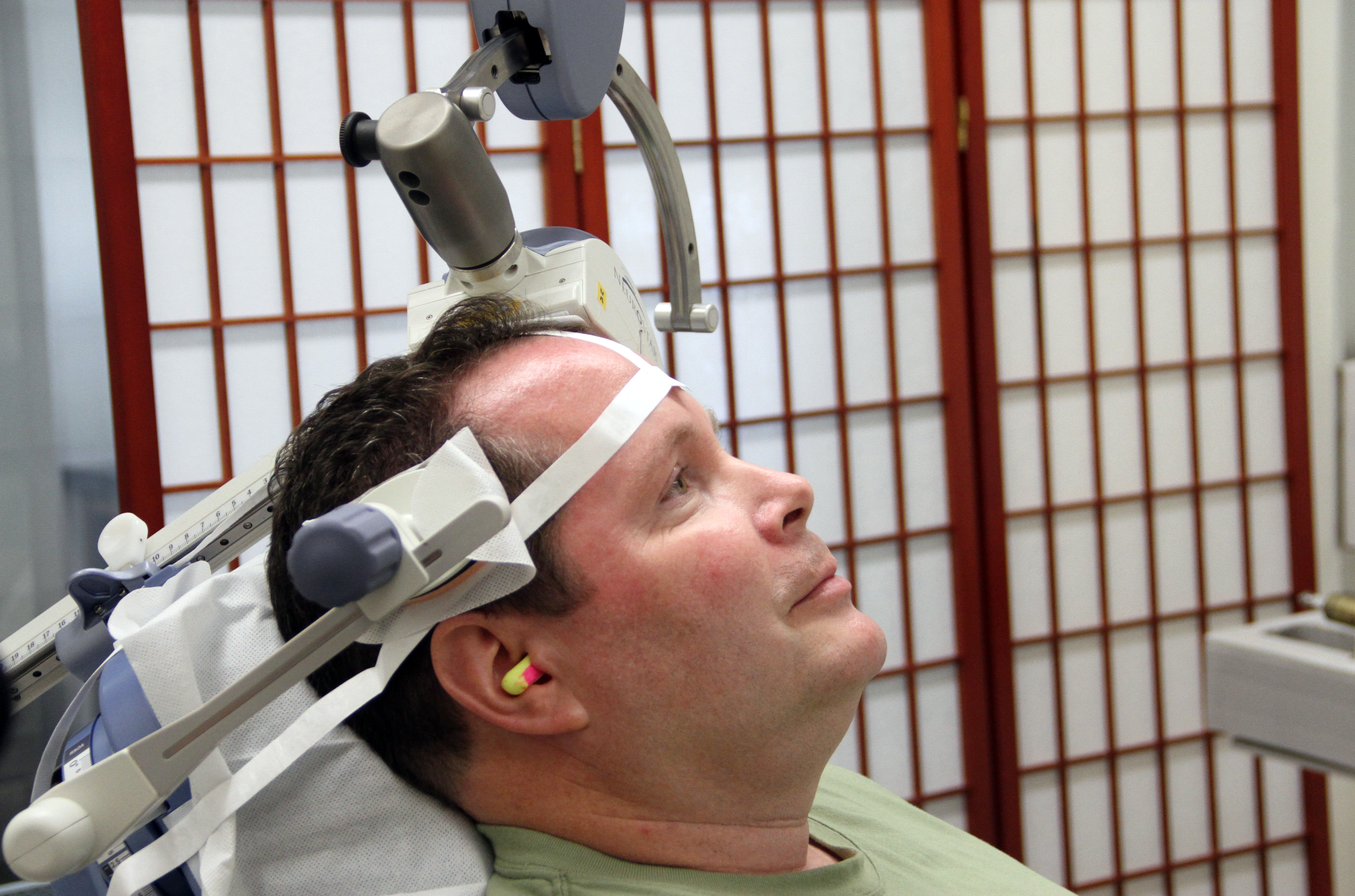 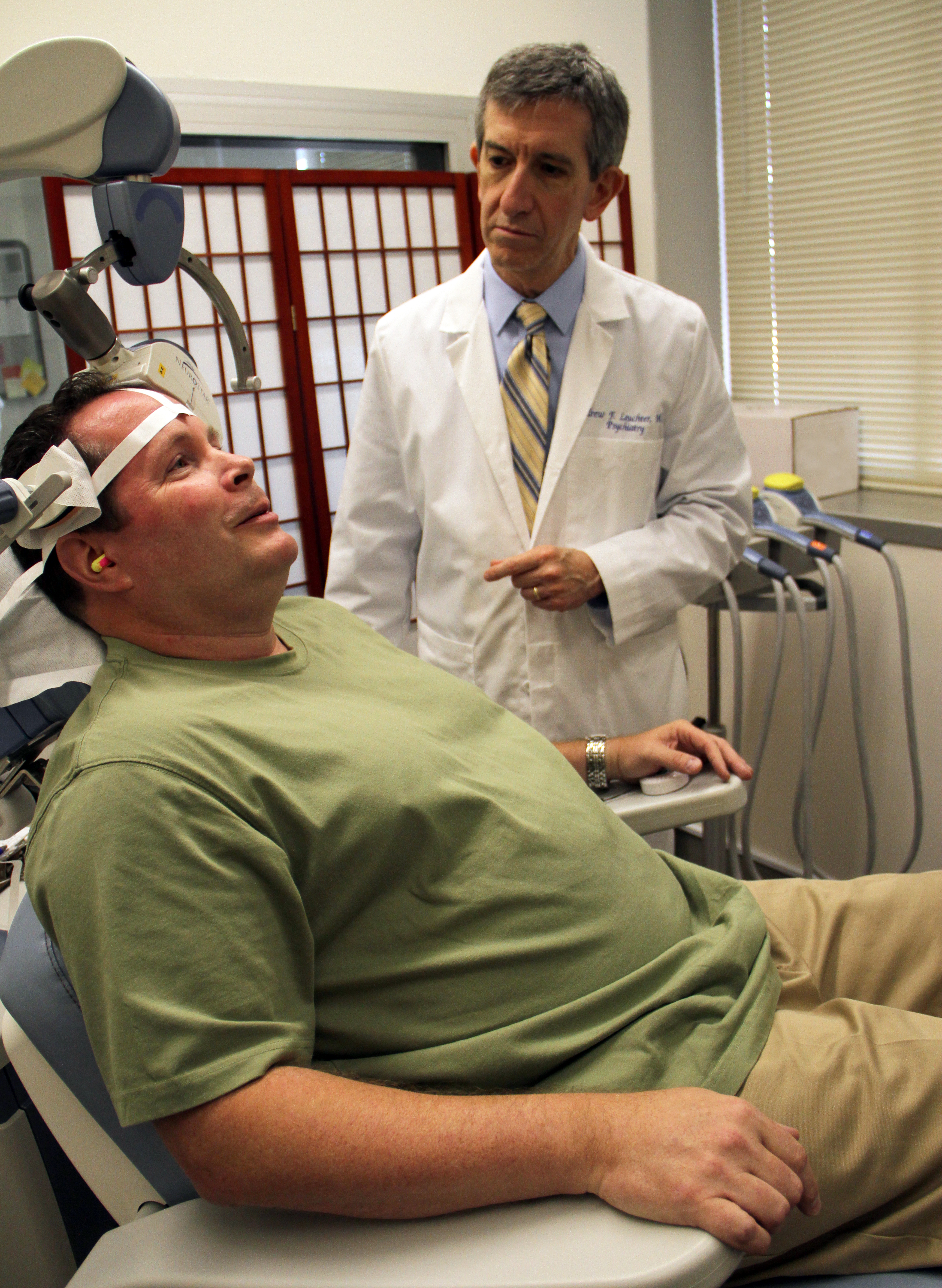 Dr. Andrew Leuchter talks with Bob Holmes as he prepares to undergo transcranial magnetic stimulation (TMS) at the Semel Institute for Neuroscience and Human Behavior at UCLA for treatment of depression. Holmes is one of 16 million Americans suffering from major depression, a number that continues to rise.