Los Angeles – The United States is in the midst of a growing doctor shortage that could leave a shortfall of up to 95,000 physicians by 2025. Up to a third of those may be primary care doctors, often the first line of care for patients.

A program established at UCLA to train more immigrant Hispanic doctors to practice in California may serve an important role in helping to bridge the nationwide shortage of doctors.

“The UCLA International Medical Graduate Program is designed to take the best and brightest doctors from other countries, put them through additional training at UCLA, then rely on them to care for patients who have very limited access to healthcare,” said Michelle Bholat, MD, executive director and co-founder of the International Medical Graduate Program (IMG). “What’s so unique about our program is that it often means immigrant patients, who are typically underserved in medicine, are cared for by doctors who are new immigrants themselves.”

“Of all the individuals who have graduated from our program, who could go work wherever they wanted to after meeting their requirements, 75 percent of them remained in the underserved communities,” said Bholat. “That is a remarkable statistic and is a win-win for the doctors and their patients who so desperately rely on their care.”

After graduating from the IMG Program last year, Dr. Jose Javier Hernandez, from Oaxaca, Mexico, is now a first-year resident in the family medicine residency program at Adventist Health in Hanford, which is located in rural Kings County, California. Spanish-speaking immigrant farm workers make up a large portion of the population and the doctor to patient ratio is a staggering 2,500 to one.

“The need for medical care here is overwhelming,” said Hernandez. “So many of my patients have avoided the doctor for years because of language and cultural barriers. Now, they know there is someone who can care for them who know the language, knows the cultures and shares their heritage. It’s so rewarding knowing how much of a difference I am making in their lives.” 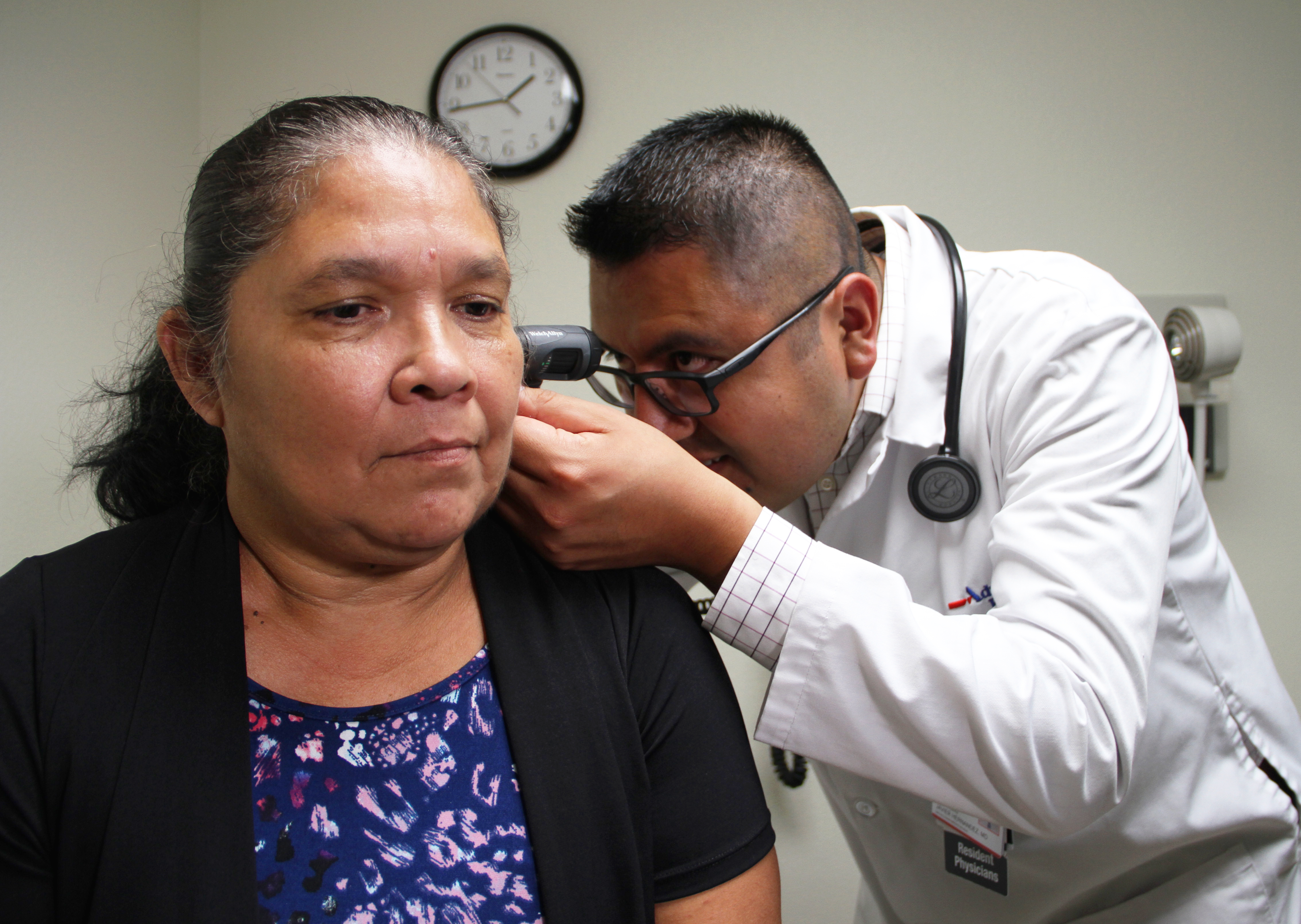 Dr. Jose Javier Hernandez examines Roselle Martinez at the Hanford Family Medicine residency clinic at the Adventist Medical Center, in Hanford, CA. Hernandez, a native of Mexico, graduated from the UCLA International Medical Graduate Program. The program prepares foreign-born doctors, who have immigrated here legally, to gain acceptance into a family medicine residency program in California. Upon completion of the three year residency, they, in turn, agree to practice in a designated underserved area in California for two to three years. 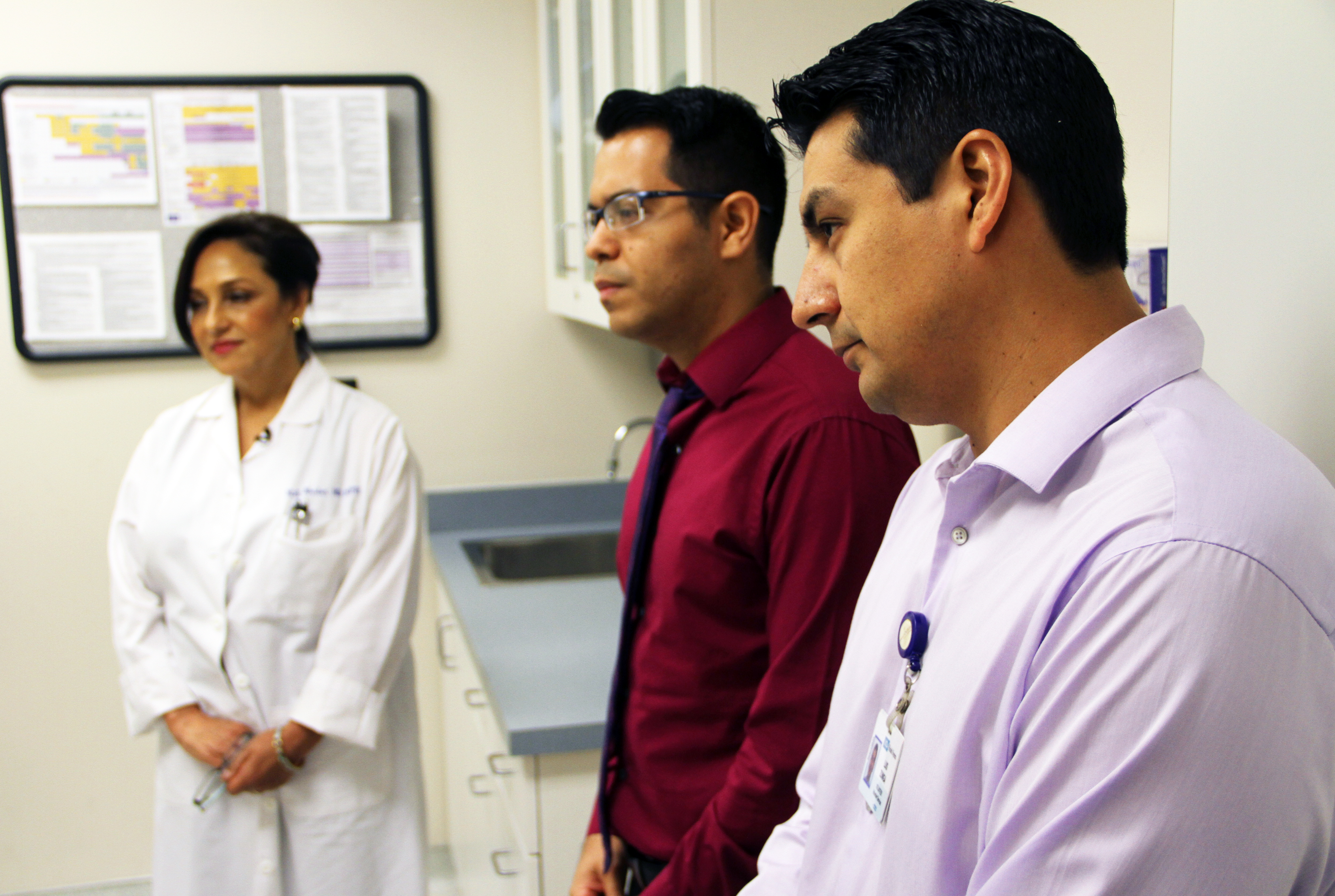 Foreign-born doctors prepare for residency training in the United States as part of the UCLA International Medical Graduate Program. Upon completion of a family medicine residency, the newly licensed immigrant doctors agree to practice medicine in an underserved community in California for two to three years. 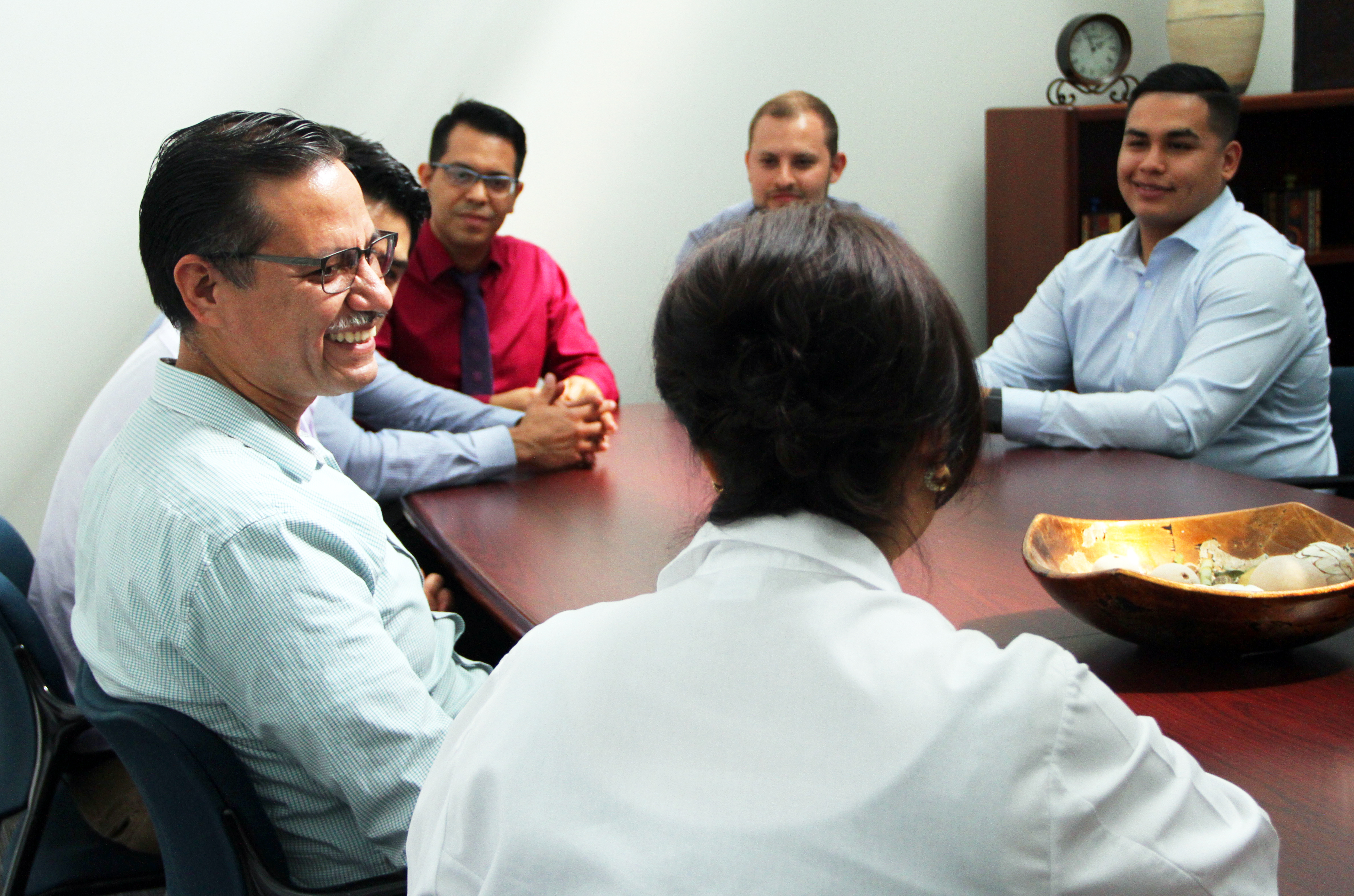 Dr. Michelle Bholat talks with students in the UCLA International Medical Graduate Program. After additional training at UCLA, which prepares them for residency training, these foreign-born doctors are licensed to practice in the state and, in turn, agree to practice in an underserved community in California for two to three years. 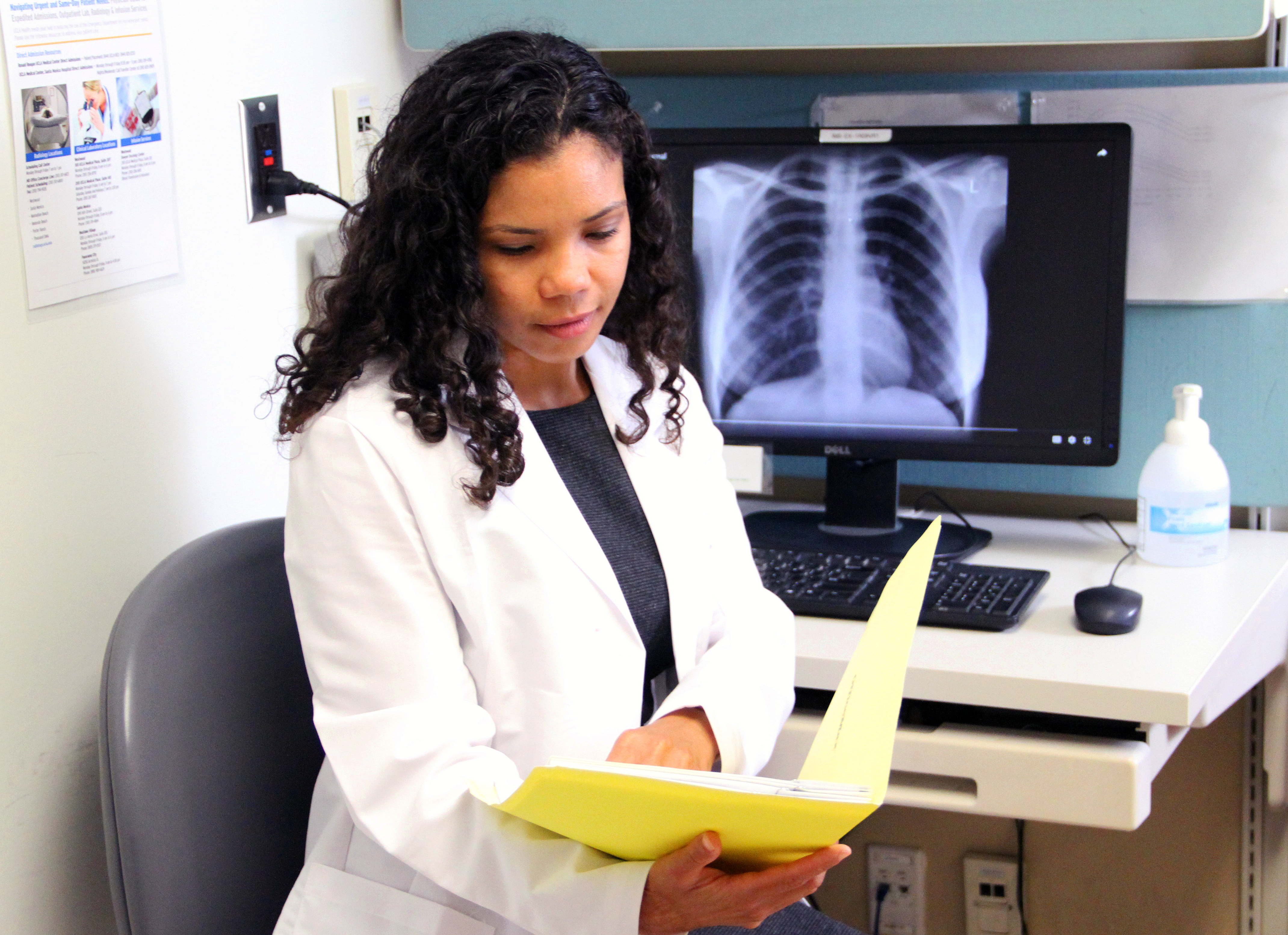 Dr. Edna Elvira Biddy reviews a patient’s chart. Biddy, a native of Mexico, entered the Family Medicine residency at the Riverside County Medical Center after completing the UCLA International Medical Graduate Program. In exchange for the UCLA preparation, she has committed to practice in an underserved area of California for two to three years. 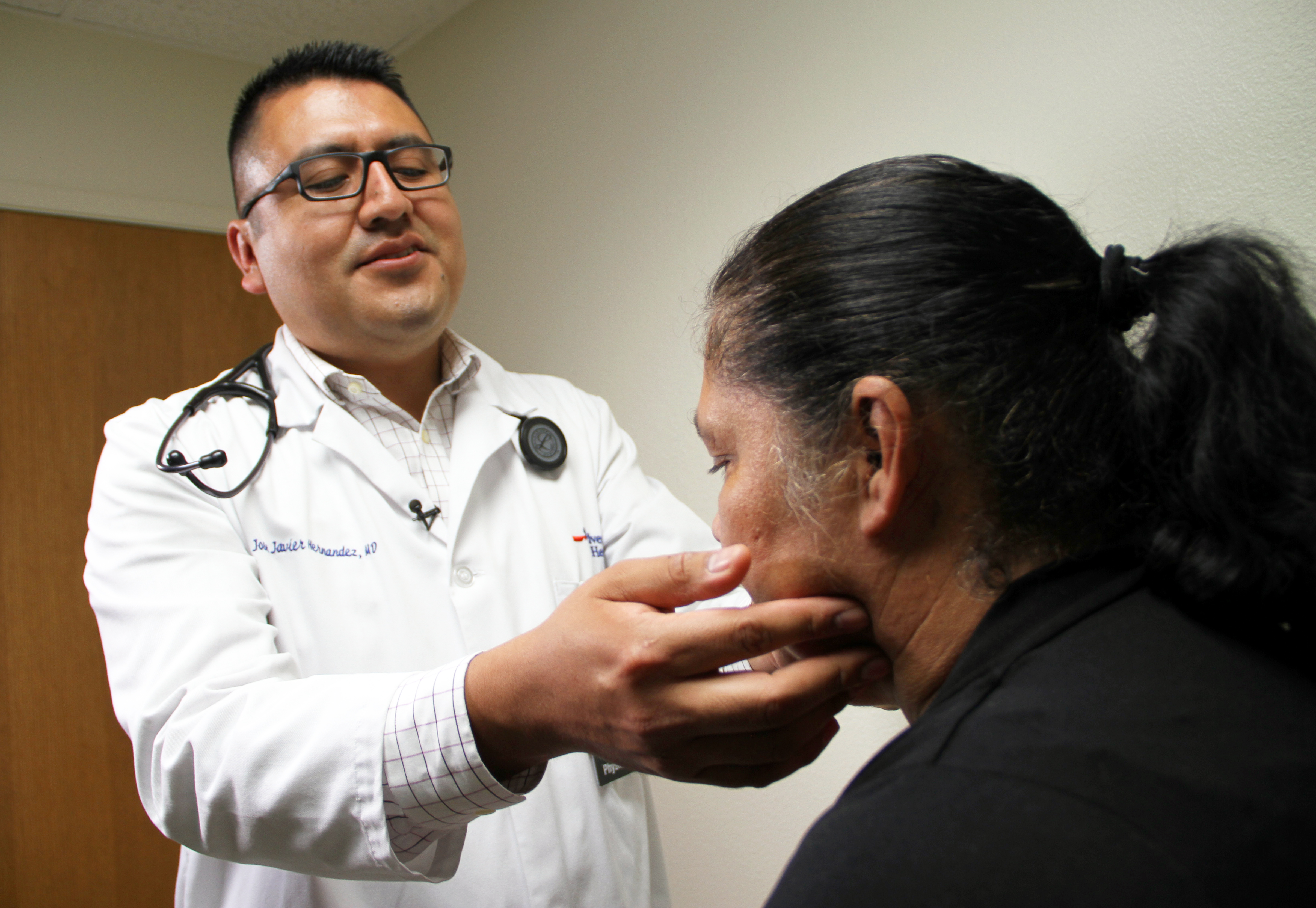