(LOS ANGELES, California) – Sometimes, the gift of life can be “re-gifted” – and should be, says a prominent kidney surgeon. Kidney retransplantation – transplanting a kidney that has been transplanted once before – has only been performed a handful of times. Dr. Jeffrey Veale, director of the UCLA Kidney Transplantation Exchange Program at Ronald Reagan UCLA Medical Center has successfully performed this rare procedure — which was once considered taboo — on three occasions, and is calling on the medical community to make this standard practice.

“About 20 to 25 percent of patients who have a kidney transplant die with a functioning kidney,” Veale says. “There are so many years left on those kidneys that could save other people.”

In his most recent procedure, the final recipient was a 70-year old woman who had been on dialysis for nearly 10 years, and may not have received a kidney otherwise. “People who have kidney transplants can die just like any of us,” Veale says.“I don’t want to see a healthy kidney that was functioning well after a transplant go to waste.”

In the U.S. today, about 115,000 people are waiting for life-saving organ donations, and of those, more than 100,000 need a kidney transplant. Currently, less than 20 percent of patients on the list receive a transplant. Re-transplantation could save hundreds of lives per year, Veale estimates.

Expanding the viable donor pool is crucial to patients with chronic kidney disease, as an estimated 300 million Americans are expected to go on dialysis over the next decade. “Even if we do this and save five lives, it’s worth it,” Veale says. 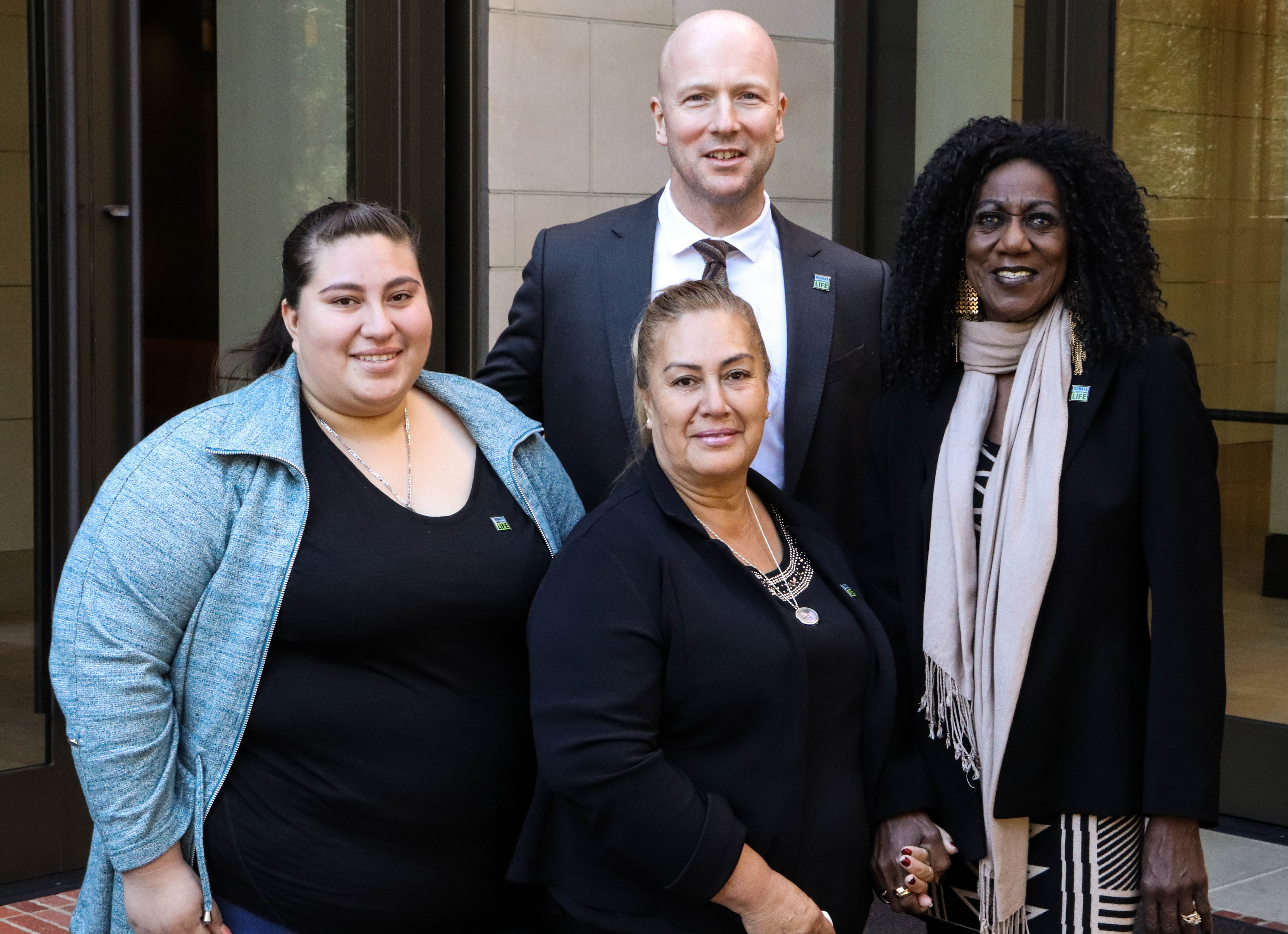 Dr. Jeffrey Veale (middle) meets with the family of Beto Maldonado (left and center) and with Vertis Boyce (right). Veale performed a rare kidney re-transplantation procedure at Ronald Reagan UCLA Medical Center in which a formerly donated kidney was donated again, saving yet another life. He wants to see this become a standard procedure in transplant medicine, potentially saving hundreds of lives each year. 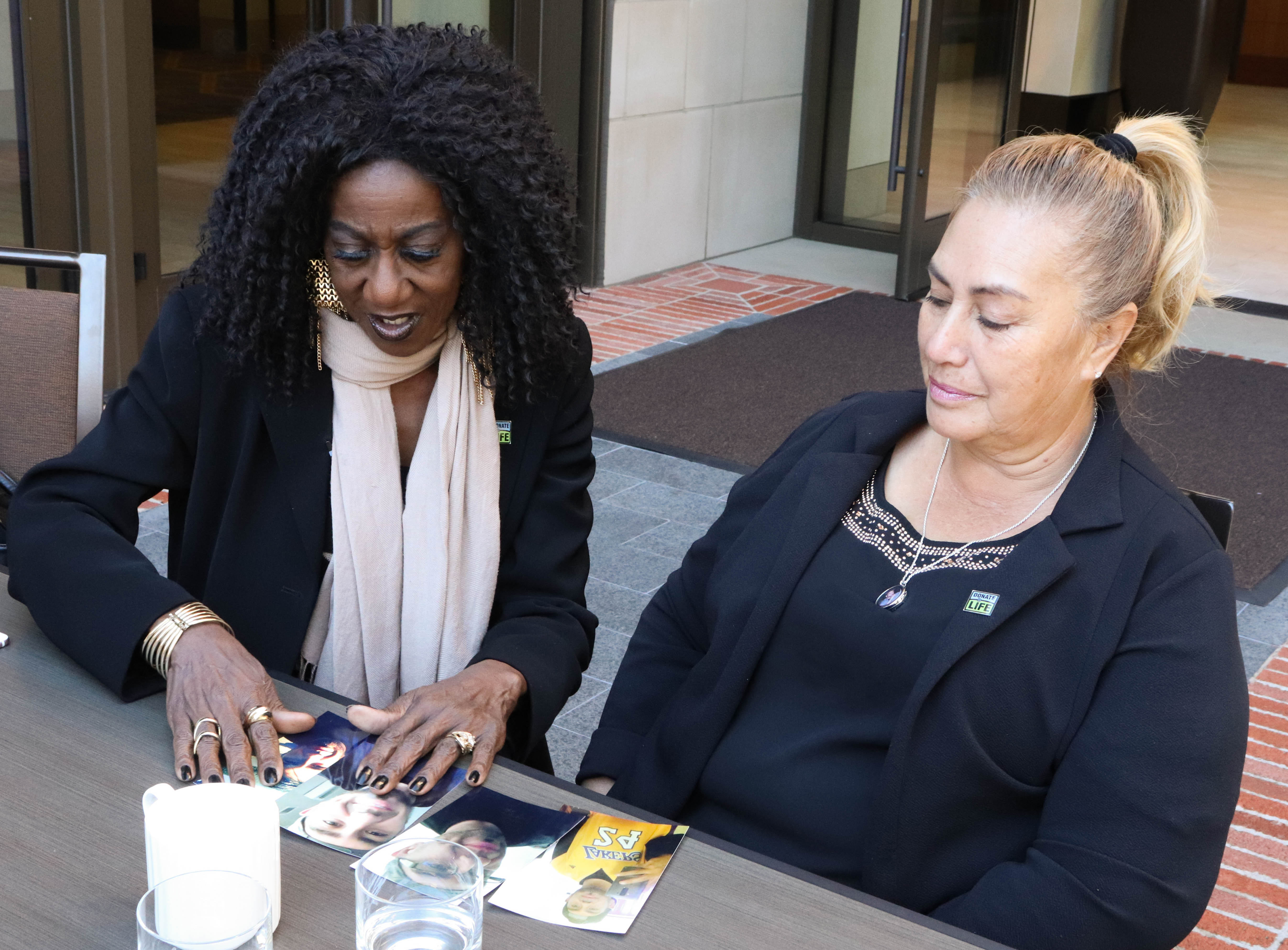 Vertis Boyce (left) looks at family photos with Eva Maldonado (right), the mother of her donor, Beto Maldonado. The recipient of a kidney transplant in 2015, Beto Maldonado died in a car accident in July 2017, and his family re-donated, or “re-gifted” his organ. The re-transplantation, an extremely rare procedure, was made possible by transplant surgeon Dr. Jeffrey Veale at Ronald Reagan UCLA Medical Center. His family says Beto would have wanted to give someone else the same second chance at life he received. 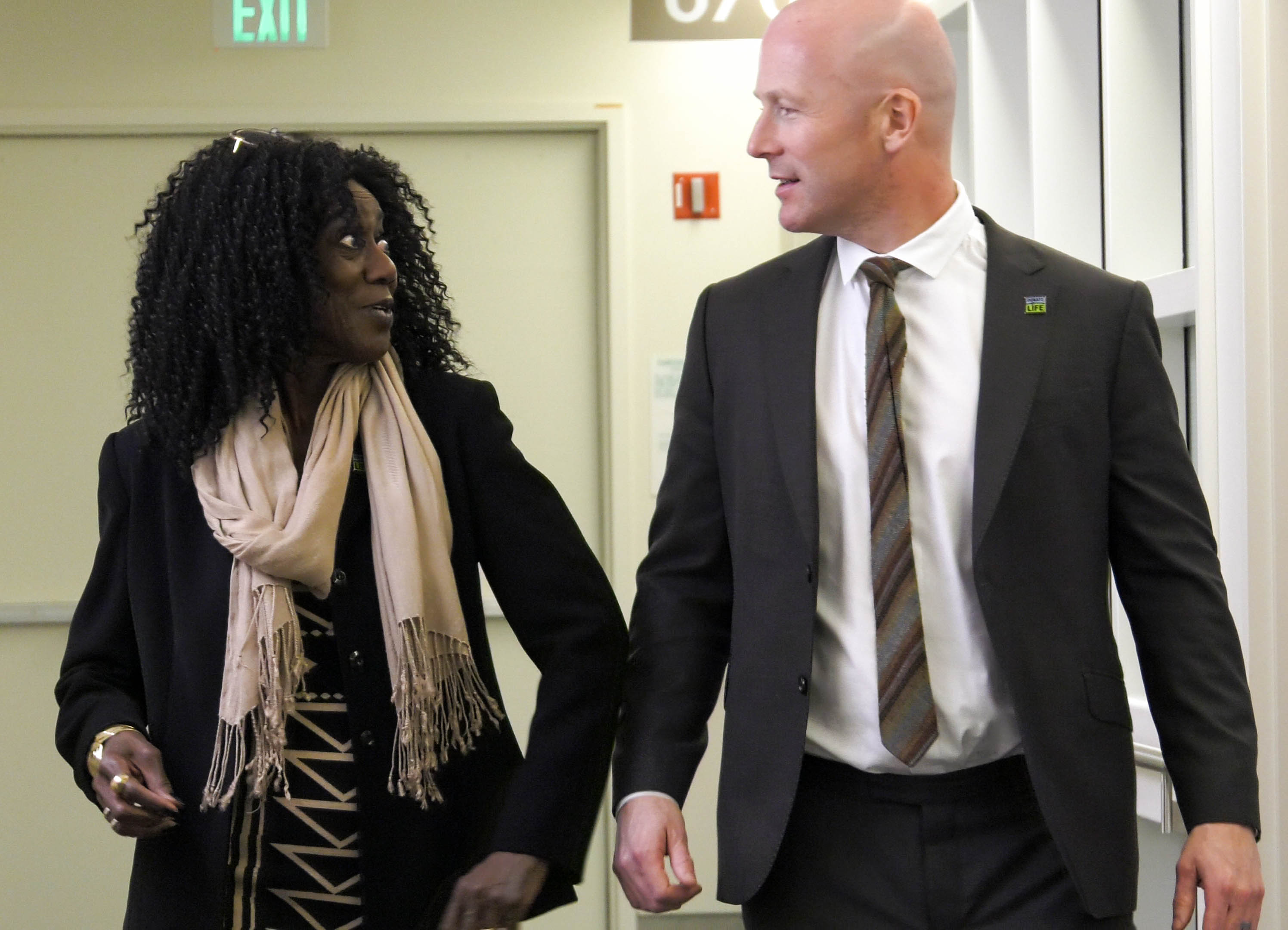 An estimated 20-25 percent of patients who receive a kidney transplant die with an organ that is still functioning. Vertis Boyce (left) says that she is living proof re-transplantation surgery can be successful and should be an option for patients who are waiting for donation. 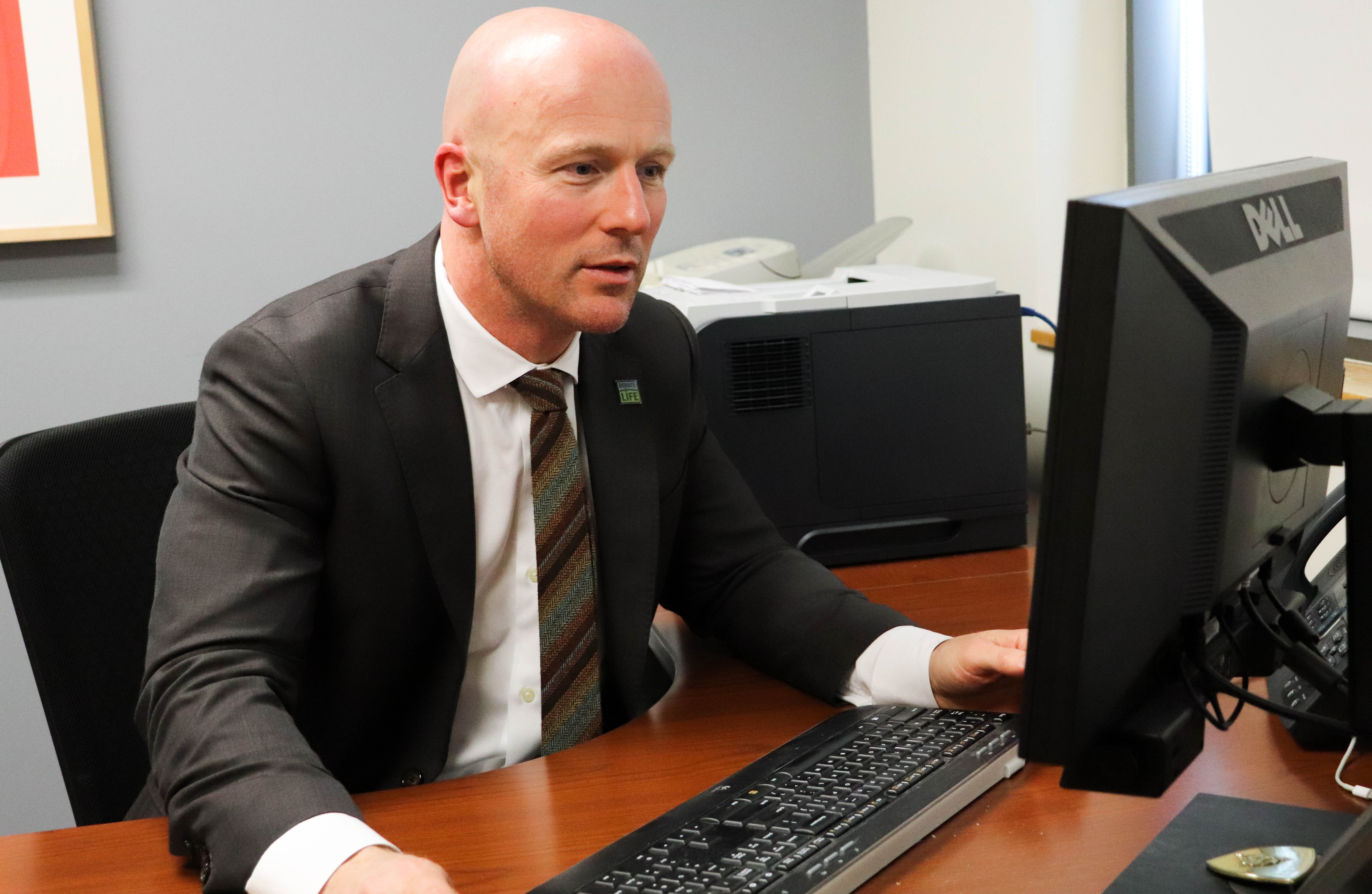 With an estimated 300 million people expected to go on dialysis over the next decade, Dr. Jeffrey Veale at Ronald Reagan UCLA Medical Center says that re-transplanting kidneys that are still functioning should become standard procedure in order to increase the available donor pool. 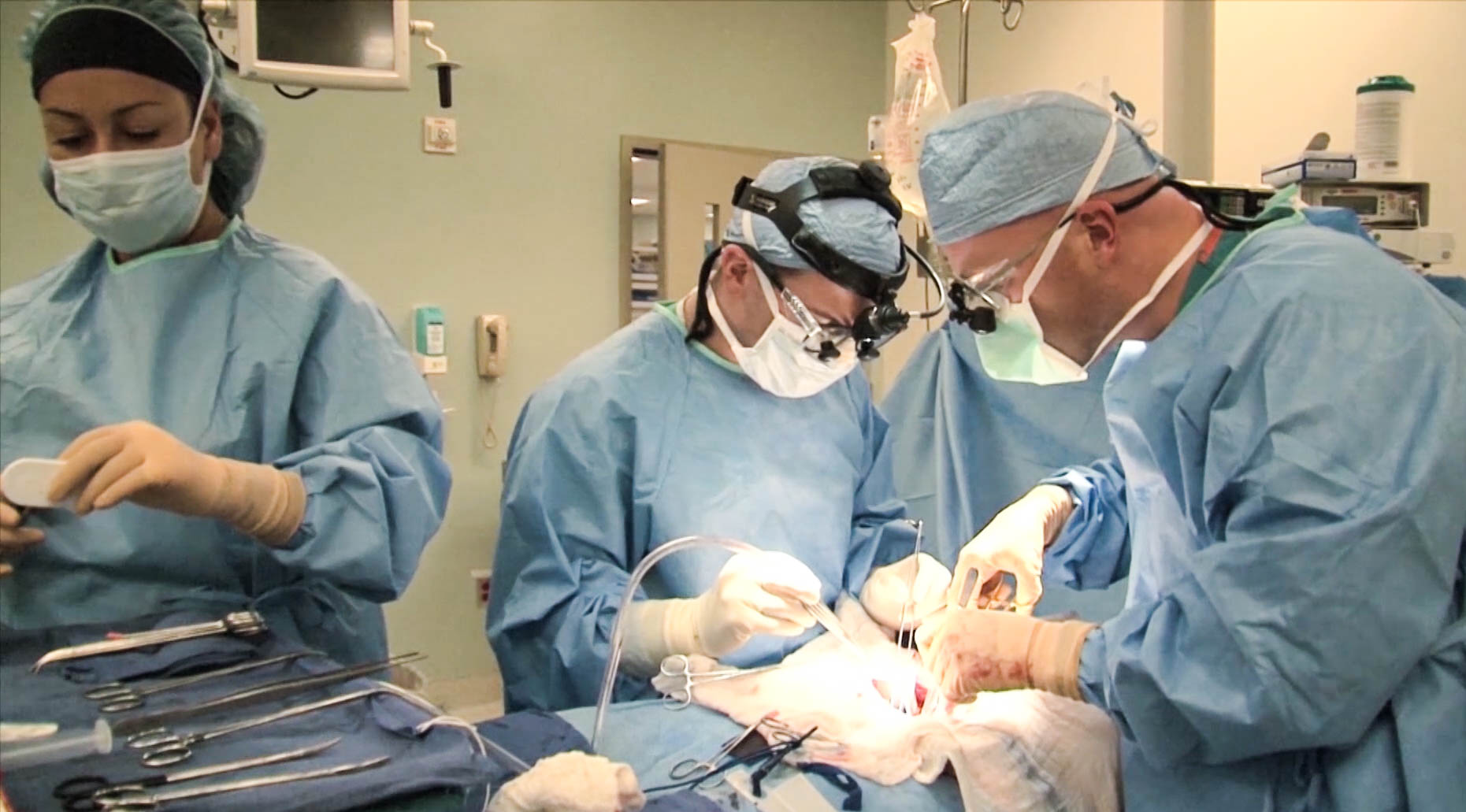 Kidney re-transplantation surgery has been performed only a handful of times. Once considered taboo, says Dr. Jeffrey Veale at Ronald Reagan UCLA Medical Center, re-transplantation could save hundreds of lives each year if it were to become standard practice.