(LOS ANGELES) – When parents watch their premature newborns in intensive care, they often feel helpless.  Now an unusual device that links a pacifier with lullabies recorded by the baby’s parents is empowering parents by helping their babies and strengthening the parental-infant bond when mom and dad can’t be with their child. Researchers at UCLA Mattel Children’s Hospital are testing a pacifier-activated lullaby (PAL) device, which plays the parents’ recorded lullaby whenever the baby successfully sucks on the pacifier.

“Babies born before 34 weeks gestation often struggle to feed orally because they have not yet developed the reflex to suck, breathe and swallow,’’ said Shelly Frisco, RN, a nurse in the NICU at UCLA Mattel Children’s Hospital. “With the PAL device, babies learn to feed faster and gain weight because they want to keep hearing their parents’ voices.”

Music therapists working in the neonatal intensive care unit help parents write and record a special lullaby. That song plays when the baby sucks on the pacifier and stops when they stop sucking.

The researchers have found that 70 percent of babies who use PAL improve their proficiency using a pacifier, a skill that’s important to feeding. This results in shorter hospital stays while also empowering parents and reducing stress while their babies are in the hospital. “Giving parents a way to be part of their babies’ treatment helps them feel more bonded with their baby and gives them a very important role in their health and development,” said Bollard.

A baby in the neonatal intensive care unit at UCLA Mattel Children’s Hospital is given a pacifier that plays a lullaby sung by her parents when she sucks on it. The device helps preemies develop the skills necessary to feed while giving parents a way to bond with their babies when they can’t be there. 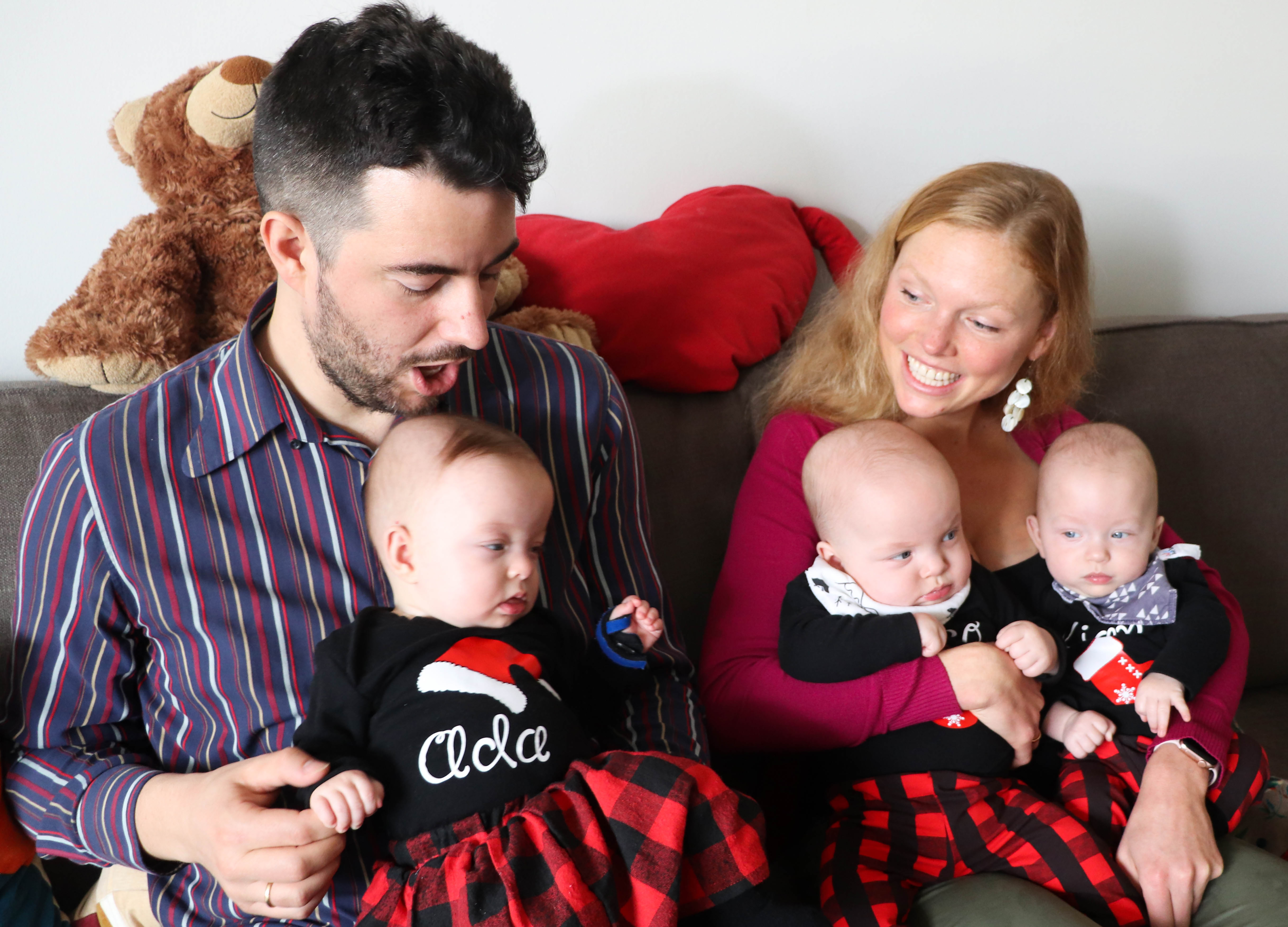 Gregor Martynus and Jana Gallus hold their healthy triplets. The babies spent 52 days in the neonatal intensive care unit after being born eight weeks early. Jana and Gregor were able to aid in the triplets’ care using a pacifier device that played a special lullaby that they wrote and sang for their babies.

Jana Gallus and Gregor Martynus feed two of their triplets, Ada and Kian. After being born eight weeks early, the triplets needed to further develop skills necessary for feeding such as the reflex to suck, breathe and swallow. A device being tested in the neonatal intensive care unit at UCLA Mattel Children’s Hospital used their parents’ voices as an incentive to help them do just that. 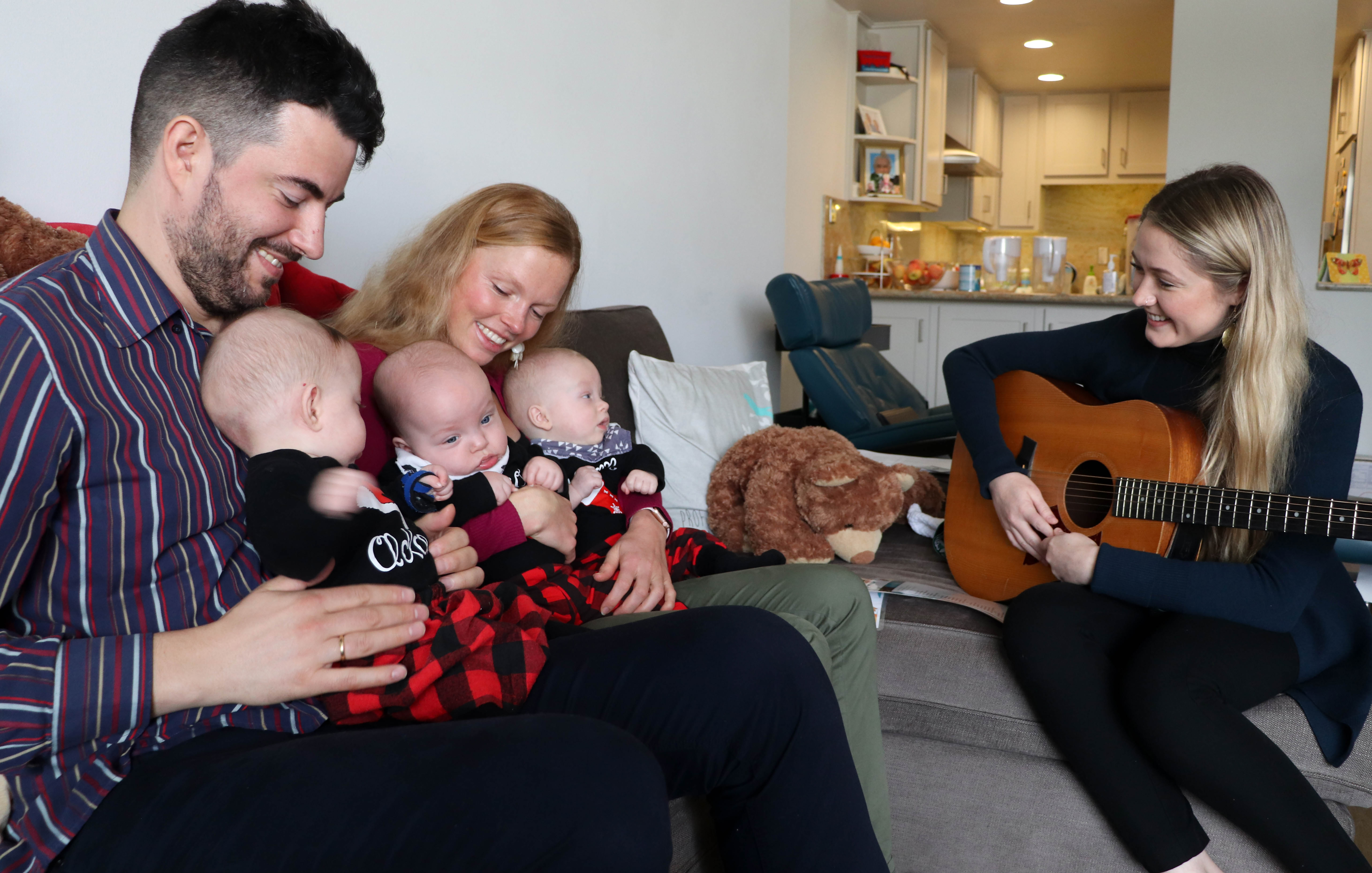 Musical therapist Kristina Casale (right) plays a special lullaby for the Gallus triplets that was written by their parents. During the triplets’ 52 days in the neonatal intensive care unit, music therapy was used to help them improve and grow.