(LOS ANGELES, California) – Miriam Merianos was a healthy woman in her 40s when she got the flu. The virus attacked her lungs and Miriam was placed on a machine called ECMO that worked for her heart and lungs and kept her alive. Her only chance for survival was a double lung transplant, but she was told she was too high-risk for surgery. However, her family was not willing to take “no” for an answer.

“We knew we had to find a hospital that was willing to take my mom’s complicated case because she wanted to live and be there for her three children. Knowing that made our voice stronger for her,” said Miriam’s daughter, Elaine Kramer.

After being rejected by more than 20 transplant programs, they turned to Ronald Reagan UCLA Medical Center, where Dr. Abbas Ardehali reviewed Miriam’s case and accepted her as a patient. “She was a young woman with an unexpected condition that could happen to anyone, and we felt we should give her a chance,” said Ardehali.

But Miriam had a long way to go to beat the odds. She had developed antibodies that would cause her body to reject a transplanted organ immediately. A team of specialists at UCLA worked to reduce those antibodies and prepare Miriam for transplant surgery. When a donor match was found, they performed a successful double lung transplant.

“She was on ECMO life support longer than any patient I know of. She fought to make it to surgery and we needed to give her the best chance to survive,” said Ardehali. “It required a multidisciplinary approach involving team members from the lung specialist to infectious disease to people who specialize in immunogenetics.”

Less than a day later, Miriam was awake and breathing on her own with her new lungs. She is now ready to make new memories with her family, who credit the expertise and innovation of the UCLA team with saving her life.

“They put life back into my mom,” said Miriam’s daughter, Eliza Merianos. “She recently welcomed her first grandchild and is back to her old self. That’s a place we weren’t sure we’d ever get to again.”

Dr. Ardehali says performing complicated surgeries like Miriam’s proves that high-risk patients can have successful outcomes. It allows their team to share what they’ve learned with other transplant programs so more institutions are prepared to accept these patients in the future. 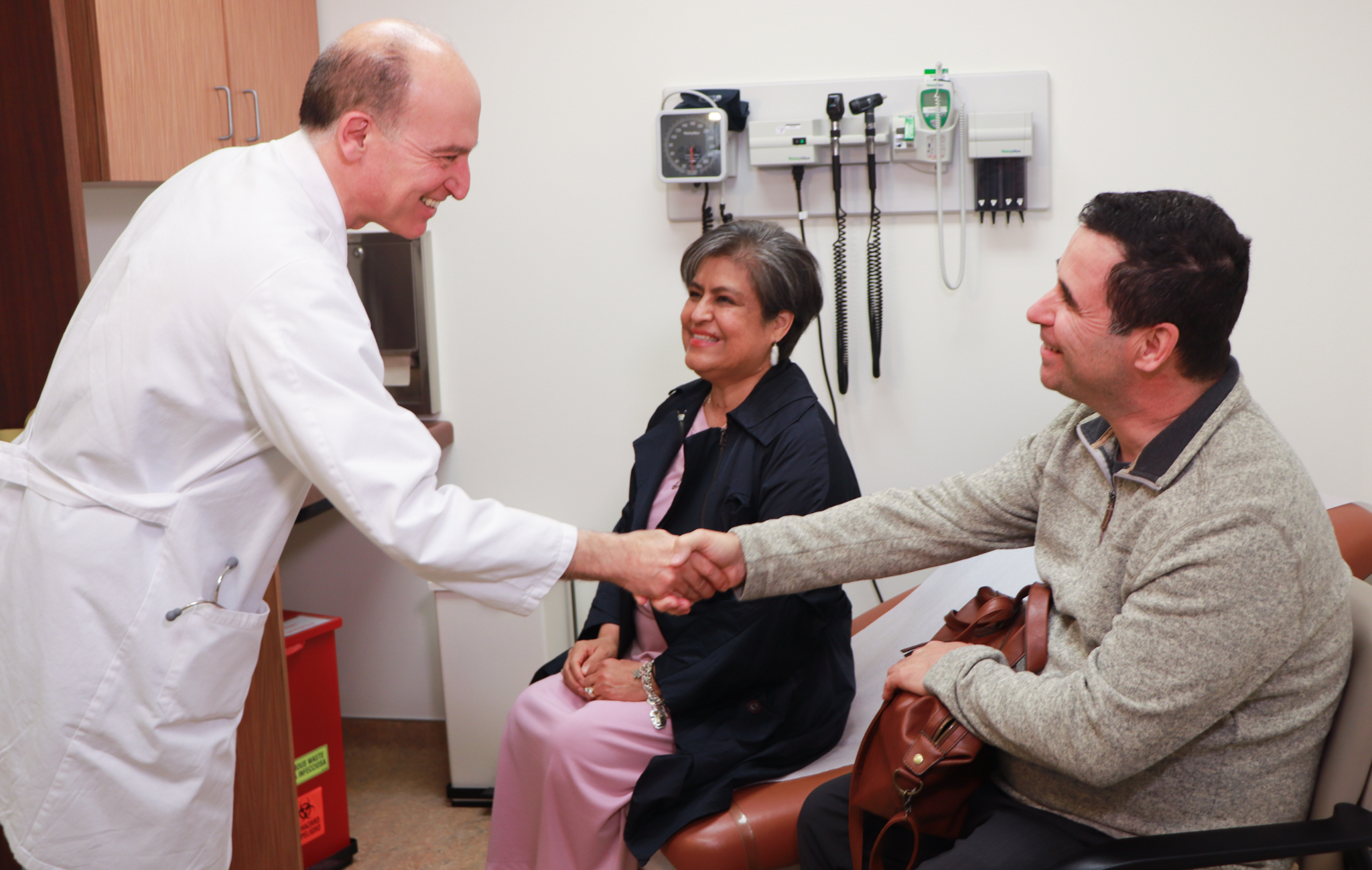 Dr. Abbas Ardhali greets Miriam and Louie Merianos in a follow-up appointment at UCLA Health. Dr. Ardehali led a team that performed a successful double lung transplant on Miriam, whose complicated case was denied by more than 20 other transplant programs 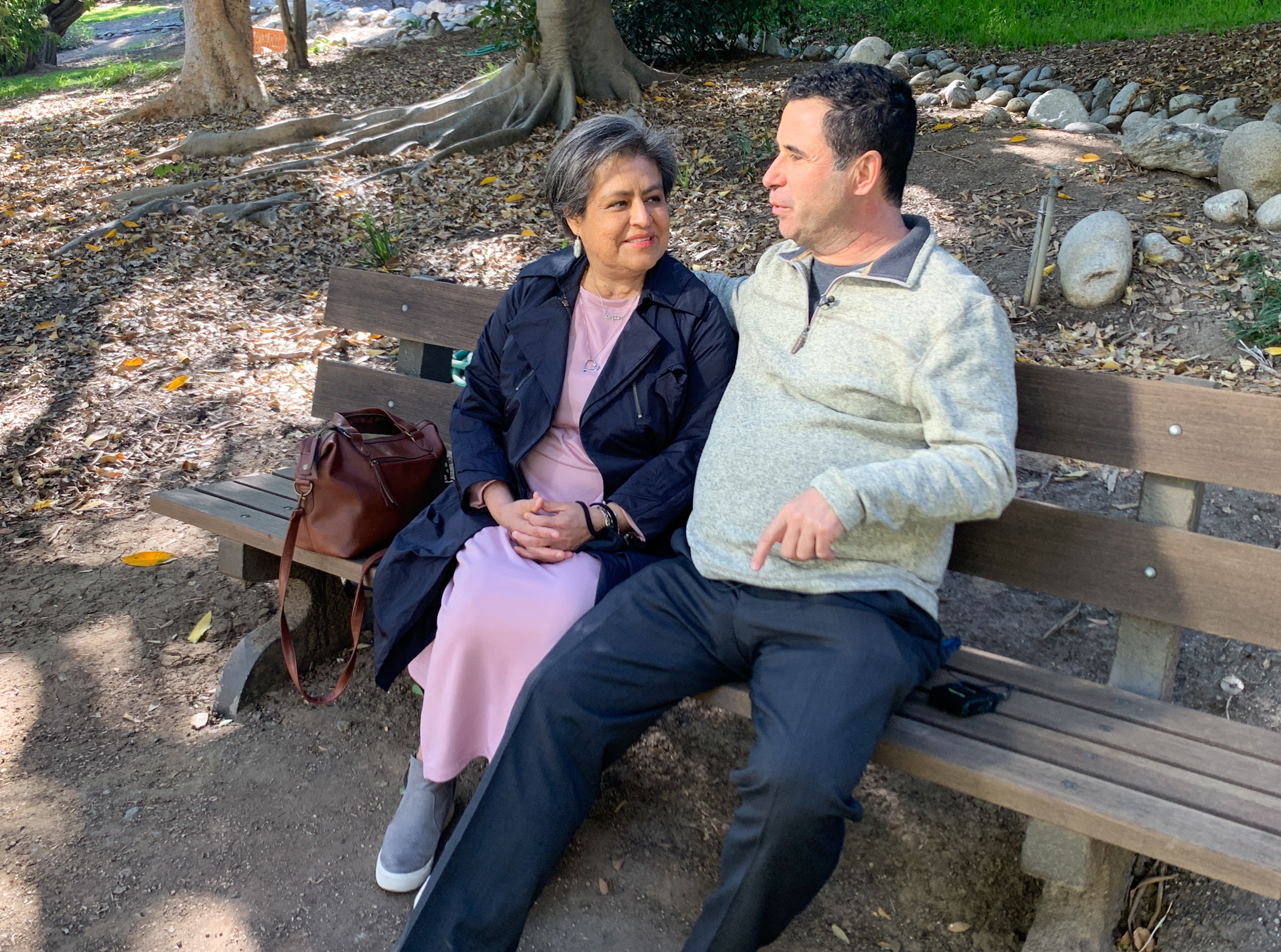 Miriam and Louie Merianos talk on a bench in the UCLA Mildred E. Mathias Botanical Garden. Miriam was on a machine that operated for her heart and lungs for nine months while her family fought to find a transplant program to accept her case, a search that ended at Ronald Reagan UCLA Medical Center. 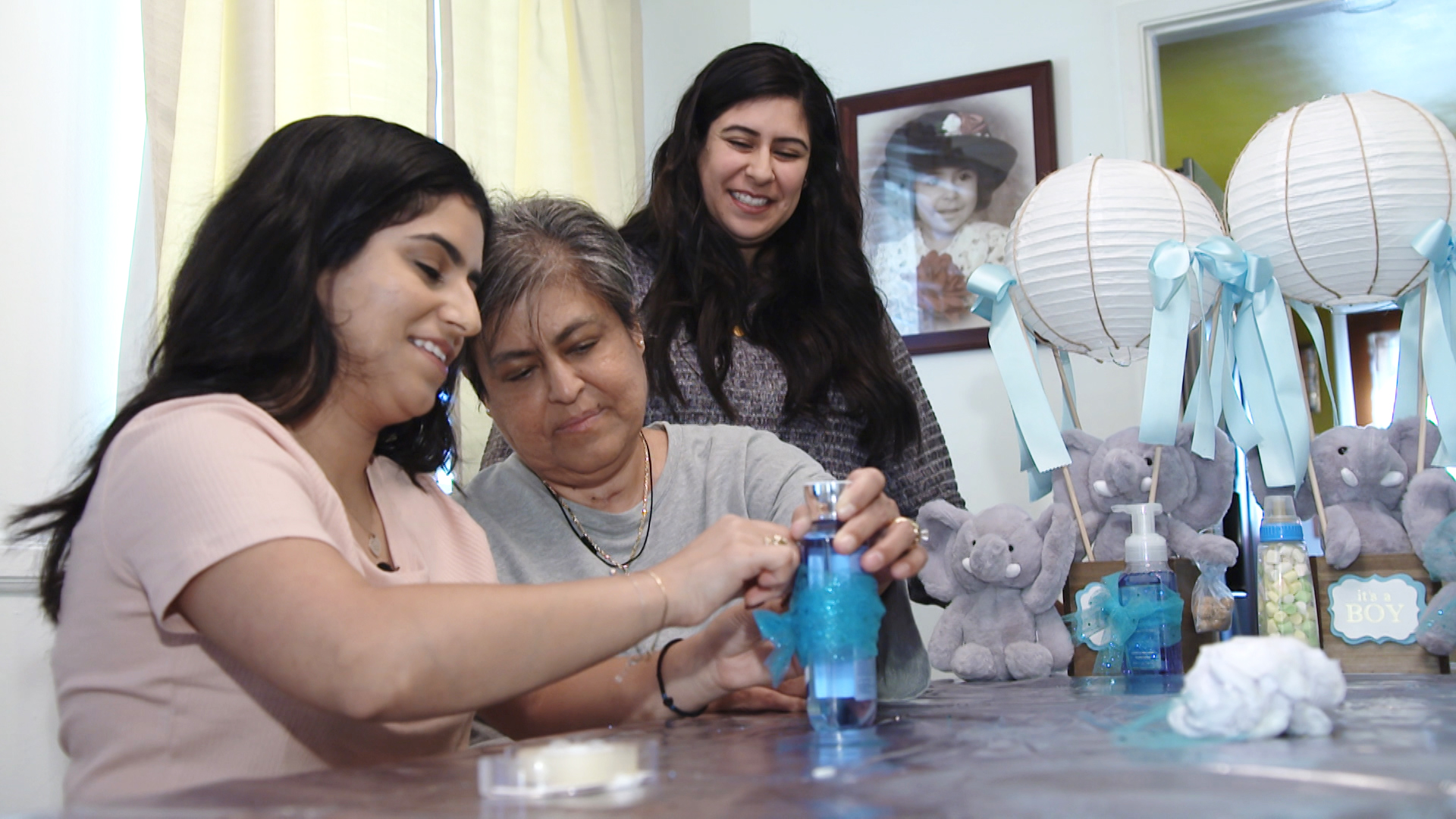 Miriam Merianos helps prepare for her daughter’s baby shower at her home in La Puente, Ca. Her family fought to find a transplant program to accept her high-risk case, and after being rejected by more than 20 hospitals, Miriam received a successful double lung transplant at Ronald Reagan UCLA Medical Center. 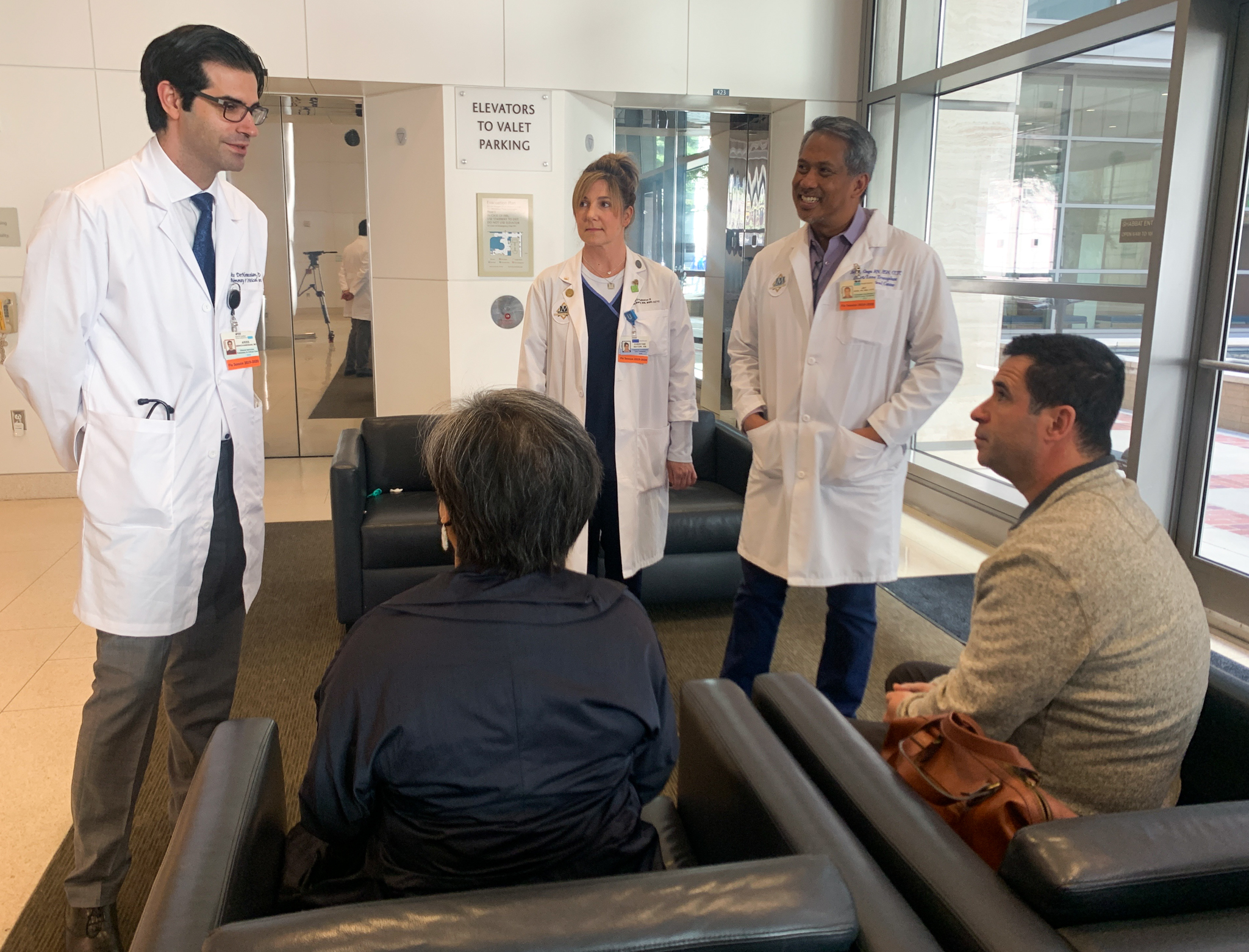 Miriam Merianos reunites with members of her care team at Ronald Reagan UCLA Medical Center. Miriam needed a double lung transplant to survive after the flu virus attacked her lungs, and was rejected by more than 20 transplant programs before specialists at UCLA took on her high-risk case. 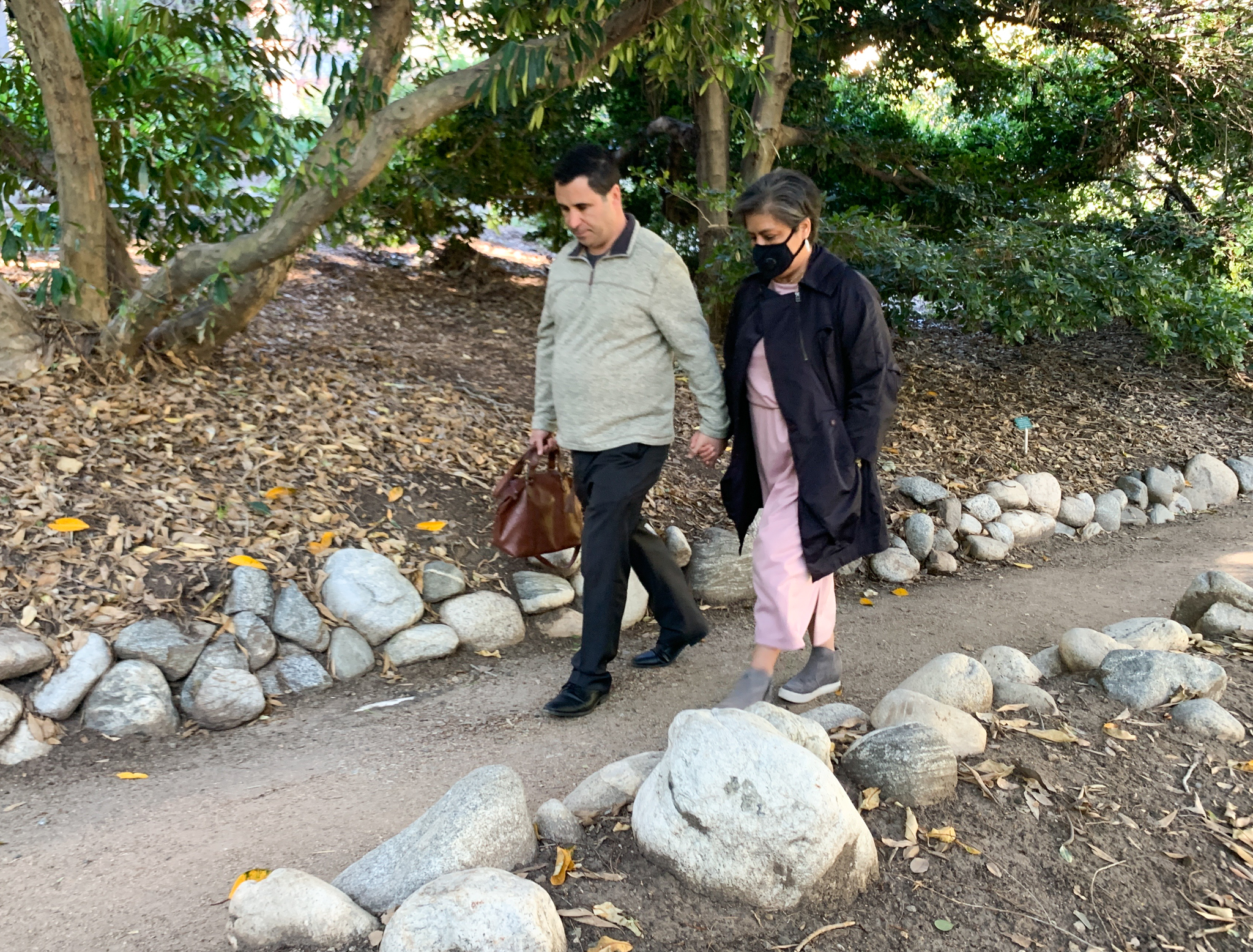